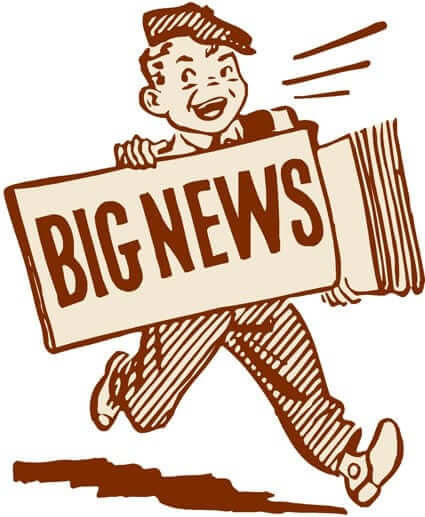 Good morning! Today I want to go off-uni and tell you about something I’ve been working on — okay, obsessed with — here at Uni Watch HQ.

Let’s start here: When Mary moved out in October, I suddenly found myself with a fair number of bare walls and empty shelves. That’s a situation I hadn’t faced in decades, because I’ve spent much of my adult life accumulating various vintage items for display. But I sold off a lot of my collections and related stuff when I moved in with Mary in 2018, so this time around I’d have to get some fresh items if I wanted to fill those empty walls and shelves.

The apartment includes a nonworking fireplace with a pretty standard mantel (which I should have no trouble filling up with knickknacks and curios), but then it also includes a smaller shelf — really more of a ledge — above the main mantel, and I had nothing to put there: I decided that the upper shelf would be a good spot for a new collection. And I knew just what I wanted to collect there: vintage moth vaporizer tins.

A quick explainer: You’re probably familiar with mothballs, right? You put them in your closet with your wool clothing and they evaporate, giving off a chemical vapor that kills the moths. People don’t use them so much anymore, because (a) they leave your clothes smelling chemical-y and (b) their main chemical, paradichlorobenzene, is now known to cause cancer, so people tend to combat moths these days by using cedar, camphor, or pheromone traps.

Anyway: From roughly from the 1930s through the 1960s, people would often buy these metal canisters called moth vaporizers. Each canister was studded with perforated holes along the sides and also came with a cake of paradichlorobenzene inside (sort of like a urinal cake), along with a little hanger hook. So you’d use the hook to hang the canister in your closet, the chemical cake would evaporate, and the fumes would seep through the perforated holes. When the cake evaporated completely, you’d replace it with a new cake or some mothballs. As you may have noticed, the canister in those last few photos is completely gorgeous. That’s because vaporizer tins, for whatever reason, were one of those random product categories that happened to have very strong design values (much like typewriter ribbon canisters, which I recently mentioned here on the site). There were lots of different brands, and almost all of them had really sensational designs. I’ve seen and admired them for years at vintage shops and flea markets, and I always thought they would be neat to collect, especially since I’ve had some pretty epic battles with moths over the years, but I never had a good spot to display a big batch of them — until now.

Thanks to eBay and Etsy, it’s pretty easy (maybe too easy) to assemble a collection of something like moth vaporizers, so it didn’t take me long to put together an assortment of them: As you can see, some of the brands had names like Para-Zene or Para Vaporizer or Mothalene, all of which referred to paradichlorobenzene. (Speaking of which: All of these have been washed and cleaned, so they have no poison, no odor.)

Let’s take a closer look at the nine designs: Now, I realize this may seem like an odd thing to collect, and maybe even an odder thing to display as home decor. Why do I like these so much? Here are some of the reasons:

So how did the display turn out? Take a look: There are several more nice vaporizer tins out there that I wouldn’t mind adding to the display, but there’s no room for any more (which is probably for the best), so I consider the collection to be complete. I’m really happy with it — a very nice compendium of mid-century graphic design.

In case you’re wondering: Moth vaporizers generally aren’t too expensive. My nine tins cost me an average of about $15 apiece (including shipping). There are some rarer designs that cost more, but no way would I ever pay that much.

As long as I’m playing show-and-tell, I also just got this really vintage Czech educational poster showing the tracks made by various birds. I put it next to the window that has a birdfeeder: Okay, that’s it for this tour of Uni Watch HQ. Thanks for indulging me! As it happens, I have another new collection to tell you about, but I’ll save that one for next week or the week after. The Pats wore their Pat Patriot throwbacks last night, so a Boston TV station did a segment on former  Boston Globe cartoonist Phil Bissell, who created Pat in 1960 (and is now 96 years old!). You can check out the story here.

Speaking of last night’s game: As you can see in the photo above, the Bills went mono-white, but quarterback Josh Allen wore a blue Ryan Fitzpatrick jersey for his postgame interview. Fitzpatrick, a former Bill, was part of the Amazon broadcast crew covering the game.

(My thanks to James Shannahan for the Phil Bissell link, and to Devin Witt for the Josh Allen observation.)

LAST CALL for the Broncos Contest Today is the final day to submit your design concept for remaking the longstanding aesthetic mess that is the Denver Broncos. Full details here.

• • • • •
I’ll publish the Ticker later this morning. That will likely do it for me this week, so enjoy Phil’s weekend content, stay well, and I’ll see you back here on Monday morning. Peace. — Paul
More on Uni Watch
Comments (24)

Very nice collection of tins, the graphics and fonts are indeed delicious. The former contents were anything but. That poster is also cool. Very curated interior, Paul ;-)

Love those designs. What a great collection, Paul.

Josh Allen wore a Ryan Fitzpatrick jersey not a Diggs jersey. Fitzpatrick is on Amazon’s broadcast.

I live in upstate NY, but I’m not a Bills fan (or Patriots, for that matter), so watching last night’s game wasn’t a priority for me. However, while out running some errands, I caught a few minutes on the radio with Buffalo’s announcers. One of them had some comments about the uniforms, mentioning that the Patriots were wearing their throwbacks, with Pat Patriot on the helmet, and then said something to the effect of “just like they did when this series first started in 1960.” The Uni Watcher in me cringed, as I knew that Pat Patriot didn’t come along until the following year. He also mentioned that the Bills missed an opportunity to create a real throwback game by not wearing the standing buffalo uniform. Either way, it was still a good looking game.

How do you keep the round tins from rolling/shifting off-center? Or is there a bit of rust/grit on the metal for inertia purposes?

The shelf/ledge is level, so they stay put in whatever position they’re placed.

Great tin collection there. Regardless of the product, just a great representation of retro design that has for the most part disappeared.
Love the bird track poster too.

I like the para-zene one the most because of the clever use of ‘kills’ laid over a moth silhouette. What a fun collection.

I know it’s not the star of the show, but that Rheingold pencil holder is really dope!

I have several of those bar stands (which were originally use for straws/stirrers, napkins, coasters, etc). I use a Ballantine one for my silverware — looks cool and opens up drawer space for other stuff: link

Hi Paul, that Ballantine bar stand is equally dope! I have a friend who is into old-school beer memorabilia (especially NYC-centric ones like Rheingold and Ballantine) who would be particularly jealous of both of those. And thank you for cluing me in on the name. I figured it wasn’t originally meant to be a pencil holder, but I didn’t know what to call it, in spite of how many of these things I’ve seen at bars. Seems kind of like a perfect Inconspicuous Consumption item, so I’m not at all surprised that you’ve put a couple to good use around your place!

They say that smell is the sense most closely linked to memory, and this post smells like my childhood bedroom.

Amazingly I’ve never seen these things before – we had refillable plastic ones in our closets that my dad scooped naphthalene balls into. I didn’t know these were a thing!

Great collection, thanks for sharing!

Cool tin collection! Are they wide enough to hold a hockey puck? Because then you could open open the vintage logo lid and see a random vintage logo puck inside, kind of like a nesting doll. And, also, you’d then have two collections taking up the same exact space =)

I have always kept a few moth vaporizers in my laundry room for the exact same reason. But oh my, the Bug-a-boo is a looker!

Right? I really like that one, but too pricey (at least for me).

Another NFL game with too much white. I would have preferred for the Bills to wear their blue pants like this: link^15

Bad link: try this instead. link

How long until Caitlin knocks one off the shelf? ;-)

She can’t get up that high, thankfully!

Typeface-wise, it doesn’t quite look like Futura, but it’s close enough to work.