Good Sunday Morning, Uni Watchers, and welcome to your first Sunday Morning Bowl Watch, which is SMUW lead writer Terry Duroncelet’s annual rundown of all the Bowl uniforms, and any other interesting uni-related tid-bits from those games. The 2022-23 Bowl Season kicked off Friday with two games, followed by another seven yesterday, so TJ will get you up to date on those first nine games.

Since next weekend is Christmas Eve and Christmas Day, the SMUW Crew has off, but I’ll be back Saturday to announce the winner’s of the 2022 Vilkmas Raffle.

The Vilkmas Raffle? Yes, it’s back again (Jim Vilk has been doing this for UW readers since 2015!), and that will run as a separate post later this morning (it will go live at 9:00 am ET). Because it’s a busy holiday week, the deadline for raffle entries will be this Tuesday at noon, so be sure to check that out if ya wanna win some of Jimmer’s useless crap gently used merchandise!

After TJ finishes today’s wrap-up and we have the Holiday weekend break, the whole SMUW crew will return the following weekend and pick up with all the uni machinations of the bowls, including tracking and Jimmer’s Five and One.

As the Festival of Lights begins this evening, I want to wish all who celebrate a Happy Hanukkah. Chag Sameach! And if you’re traveling and/or won’t be able to read next weekend, I wish everyone who celebrates a Merry Christmas. But hopefully you’ll all enter Jim’s raffle and will check in on Christmas Eve.

OK. Onto the Bowl Watch!

TJ will have much more to say about the game in which today’s splash photo was taken, but it was obviously a color versus color game featuring the Oregon State Beavers (in mono-black) versus the Florida Gators (in orange/blue/blue). I’ve said it before and I’ll say it again: There are good color vs. color games and then there are bad color vs. color games. Yesterday’s Las Vegas Bowl between Oregon State and Florida definitely falls into the latter category. Had either team just worn orange jerseys (a mutual school color), the game would have been much more visually appealing. But royal and black are both pretty dark colors, and the resulting matchup was just a muddled mess of dark colors. I’m fine with the concept of going color vs. color, but as we’ve seen with the NFL’s ill fated “Color Rush” program as well as the current NBA uniform combinations, and Christmas Day games, color vs. color doesn’t always work well (and sometimes it doesn’t work at all). USC/UCLA works because the colors complement each other. Black and blue…don’t.

And with that, here’s Terry with your …

Hello everyone, and welcome to the 2022 Bowl Season! I’ll be frank: work is bedlam for me ATM, and simply put, I am not only tired, but I was falling asleep while making this column because I’ve been putting in so much time at work. As such, this is going to be hyper-quick, and honestly, not what I would prefer from myself in an SMUW post, and especially at around this time during the bowl games. But! Provided that I can catch up on sleep, the next post WILL be higher energy and better detail,. promise. With that being said… LET’S GO BOWLING. We begin this year proper with the Troy University Trojans in– y’know what, Imma let Troy speak for themselves this time. They faced off against the University of Texas at San Antonio Roadrunners, who wore navy helmets and pants with white jerseys. 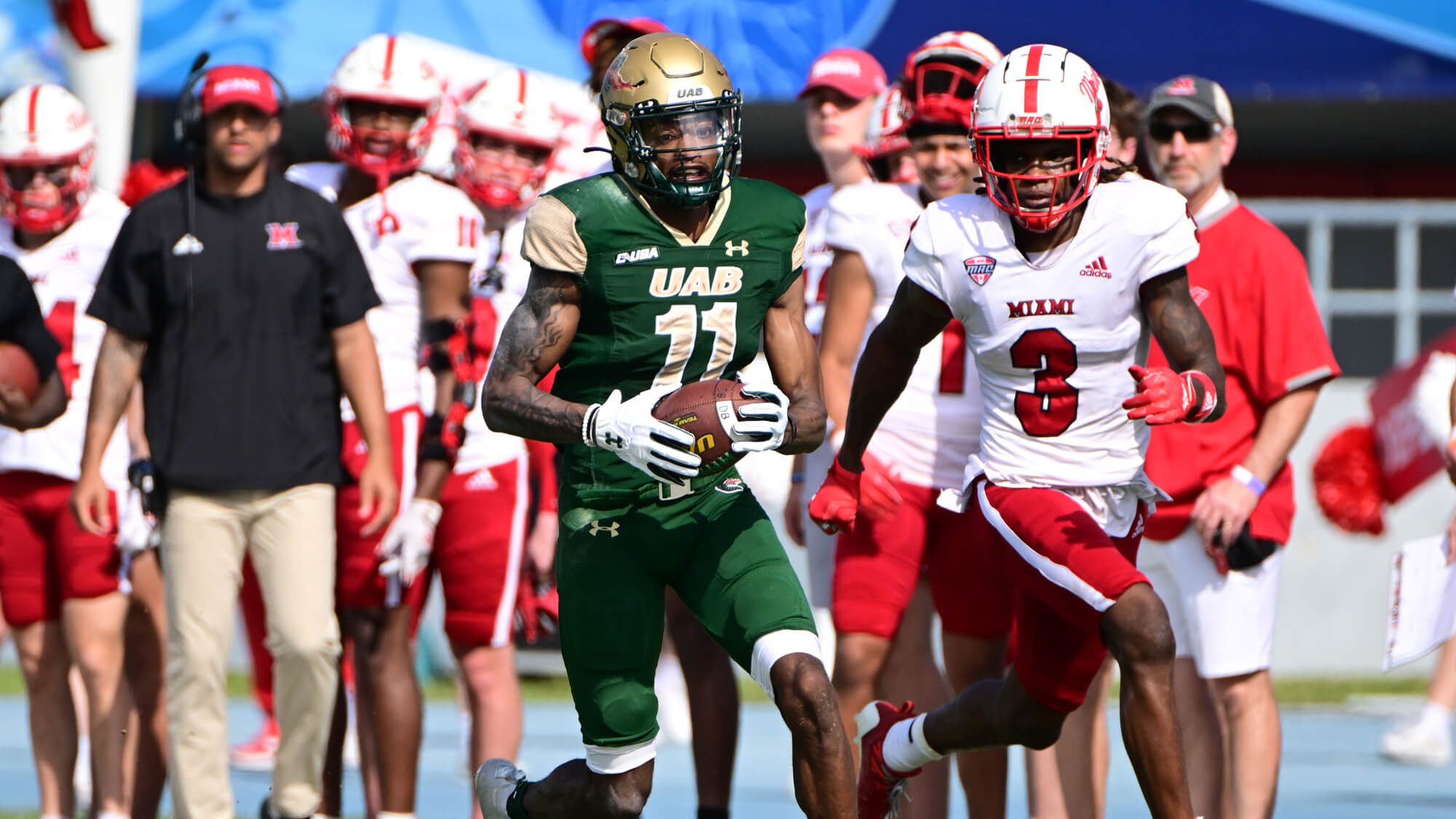 I had trouble finding pics of this game for some reason, but as you can see in the splash, our next game features the Blazers of The University of Alabama at Birmingham, who wore gold helmets, and green jerseys and pants. On the other side of the ball are the RedHawks of Miami University (not to be confused with the University of Miami), white helmets and jerseys, with red pants. 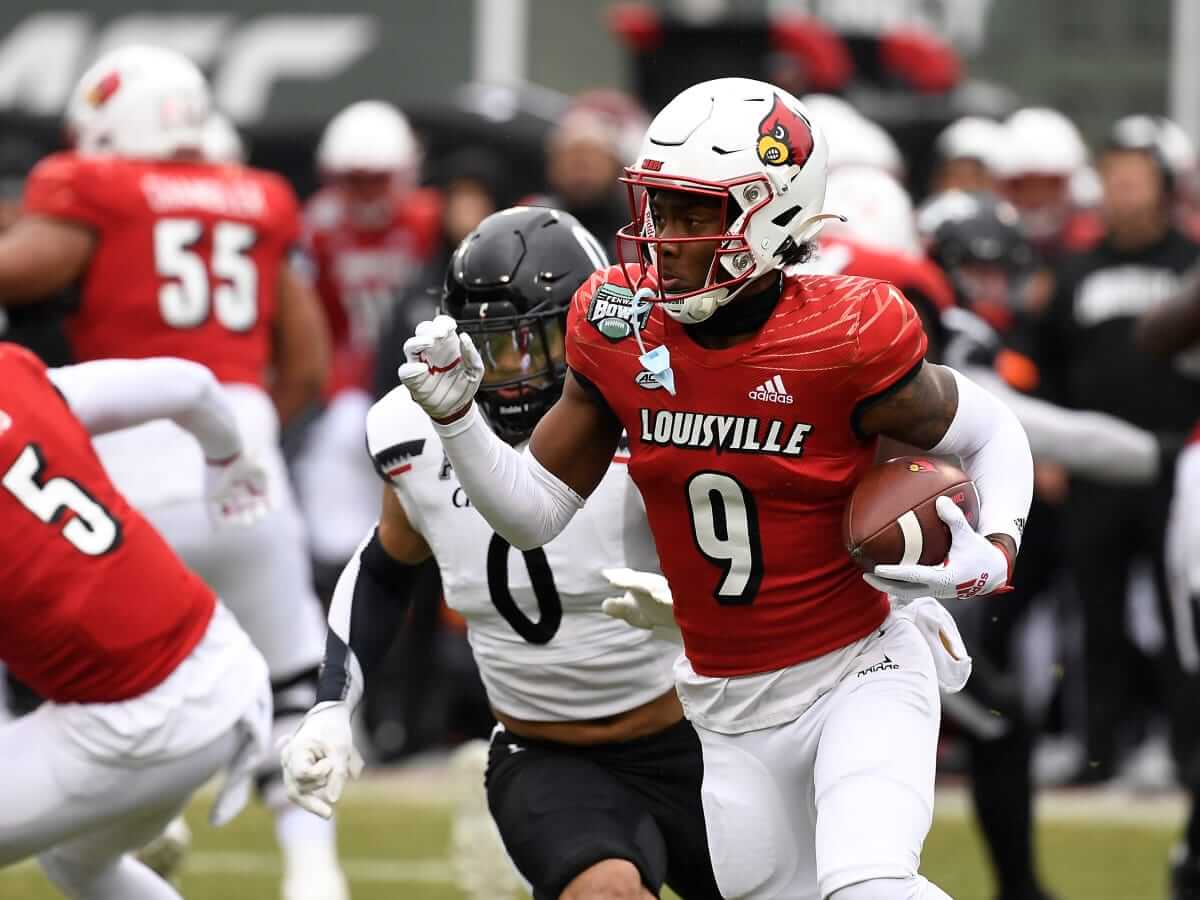 Saturday’s slew of seven scrum begins the same way the regular season began: with an old Big East pairing between two teams with remarkably-similar school colors. We have the University of Louisville Cardinals, with white helmets and pants with red jerseys, and the University of Cincinnati Bearcats in black helmets, white jerseys, and black pants. The field was truly something neat. Speaking of conference migration, Cincy is about to embark on this journey once again, as they make the move to the Big XII in 2023. 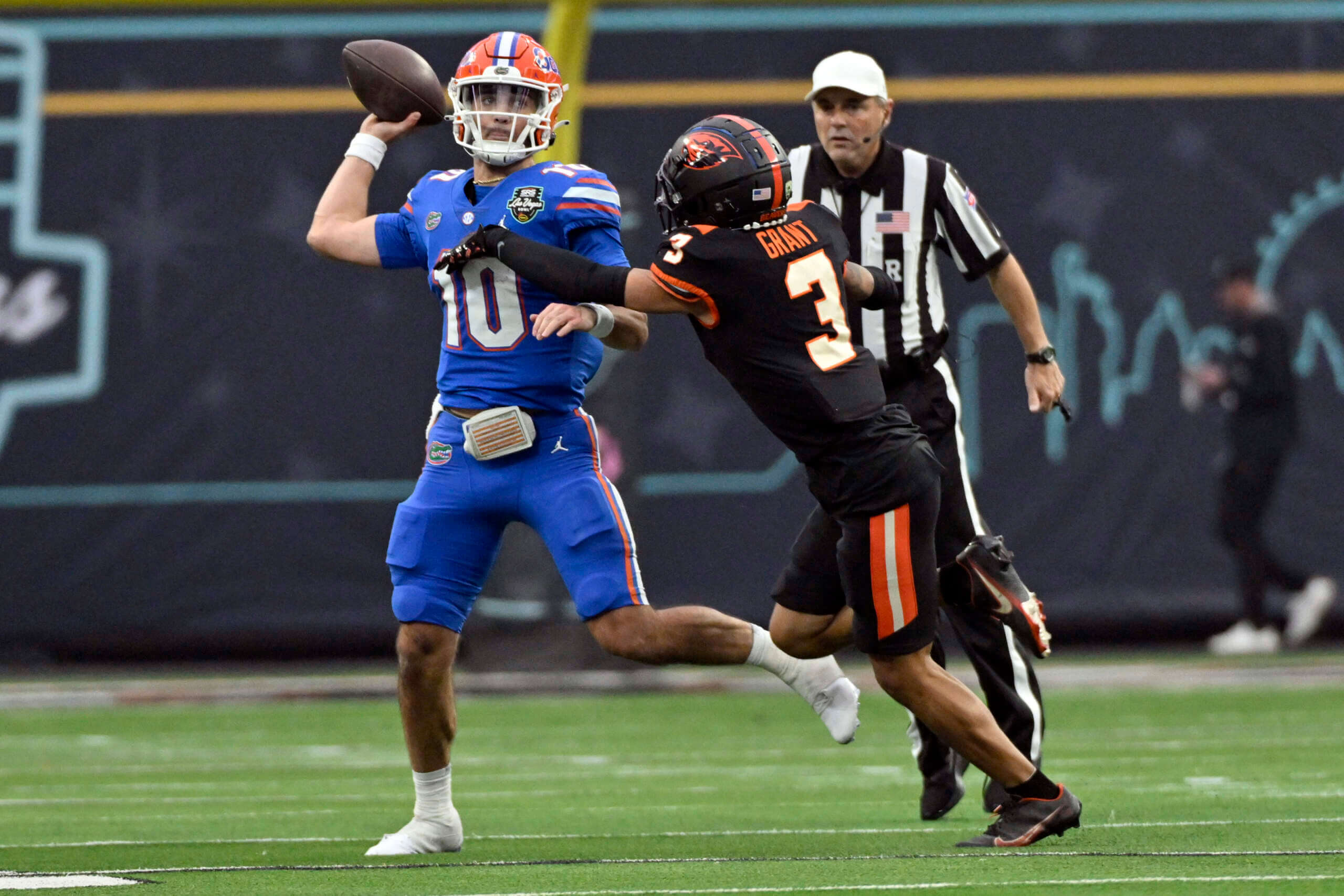 Color-vs-color! Cool matchup between the orange/blue/blue-clad University of Florida Gators, and the full all-black of the Oregon State University Beavers. 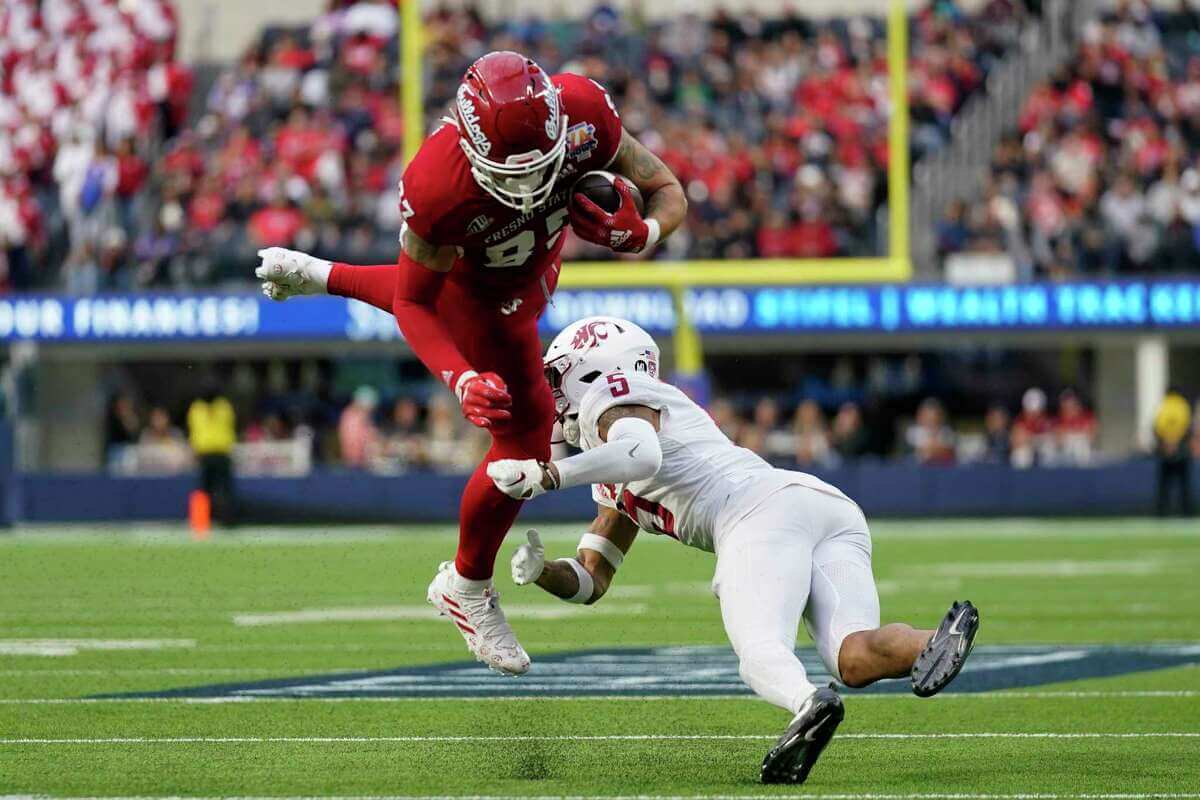 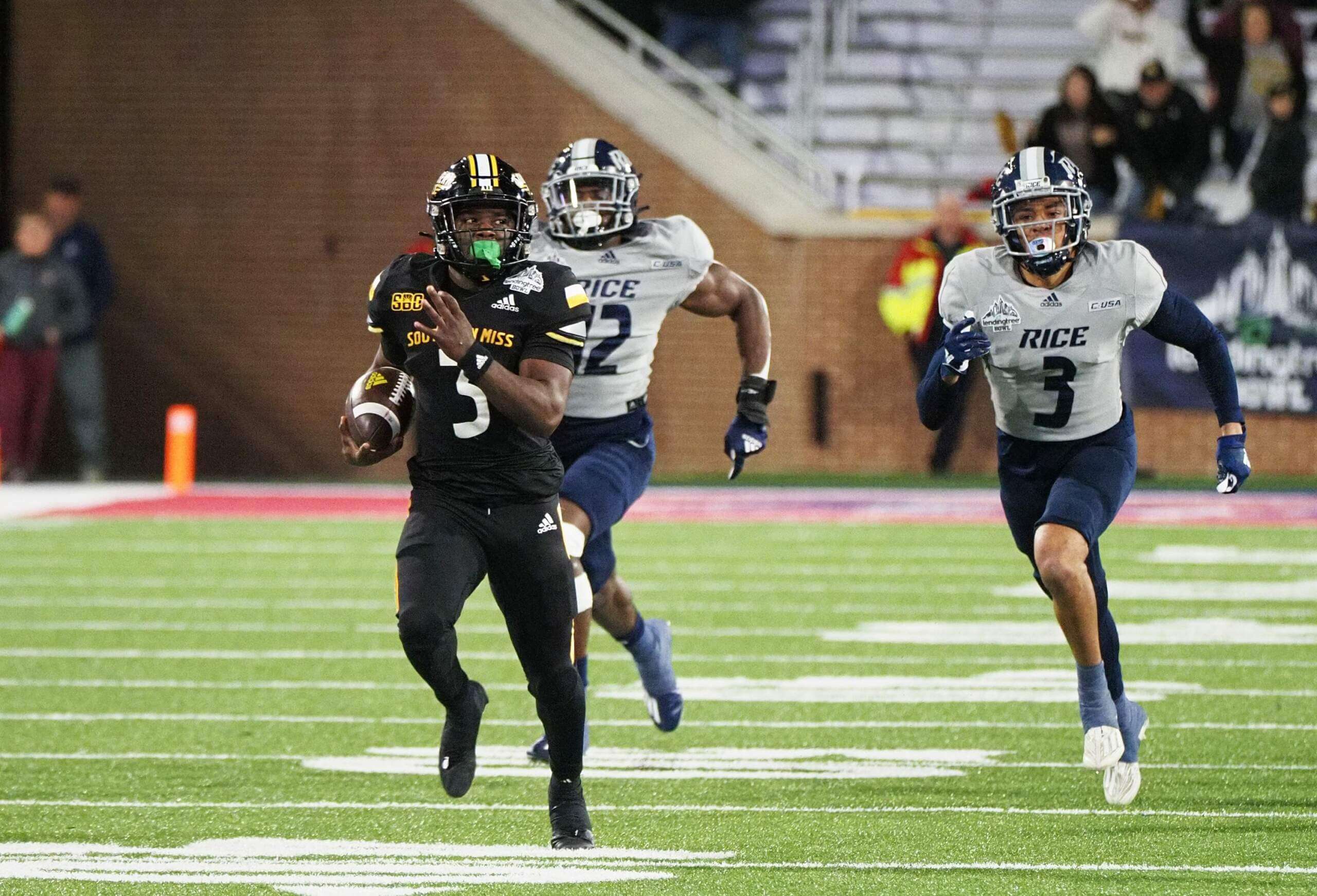 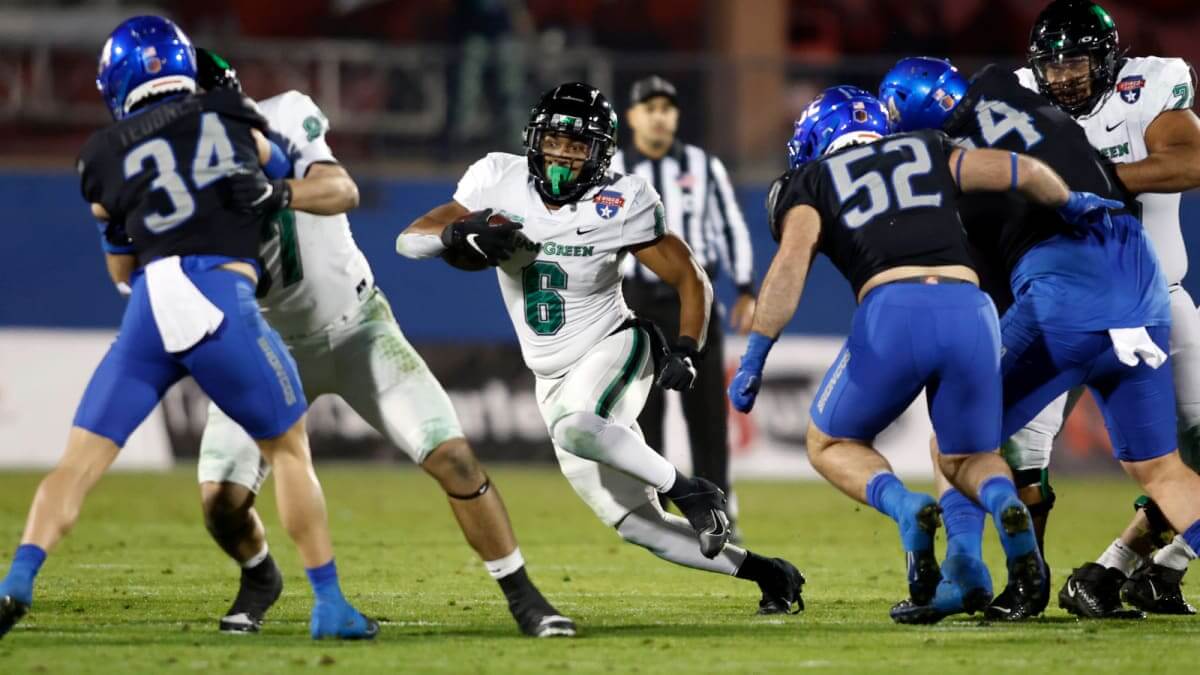 • • • • •
Thanks, Terry. Super job as always. There was also the Celebration Bowl featuring Jackson State vs. NC Central. That was Coach Prime’s final HBCU game before moving onto Colorado next season. We’ll catch you and the full SMUW crew back here in two weeks!

Got an e-mail yesterday from David Bull, who sent the following photos of a post card and asked if the readership might be able to help do a little detective work. Here’s David:

My name is David and it was suggested I write to you regarding a real photo 1910 postcard I have which was in a very large collection I just received.

I’m trying to find out the earliest photo of the name Yankees on a uniform. Well at first I was just trying to figure out who this team was but what intrigued me was the person in the front who is wearing what appears to be a shirt which we think says Yankees on it but the Yankees didn’t start using that name until 1913. It’s probably easier to just show you the Reddit link where I posted the card earlier today.

Wondering if you or your readers might know more about this. I sent it to my friend who was also a historical advisor for the baseball documentary by Ken Burns and he is stumped as well.

Thanks in advance for any help you might offer 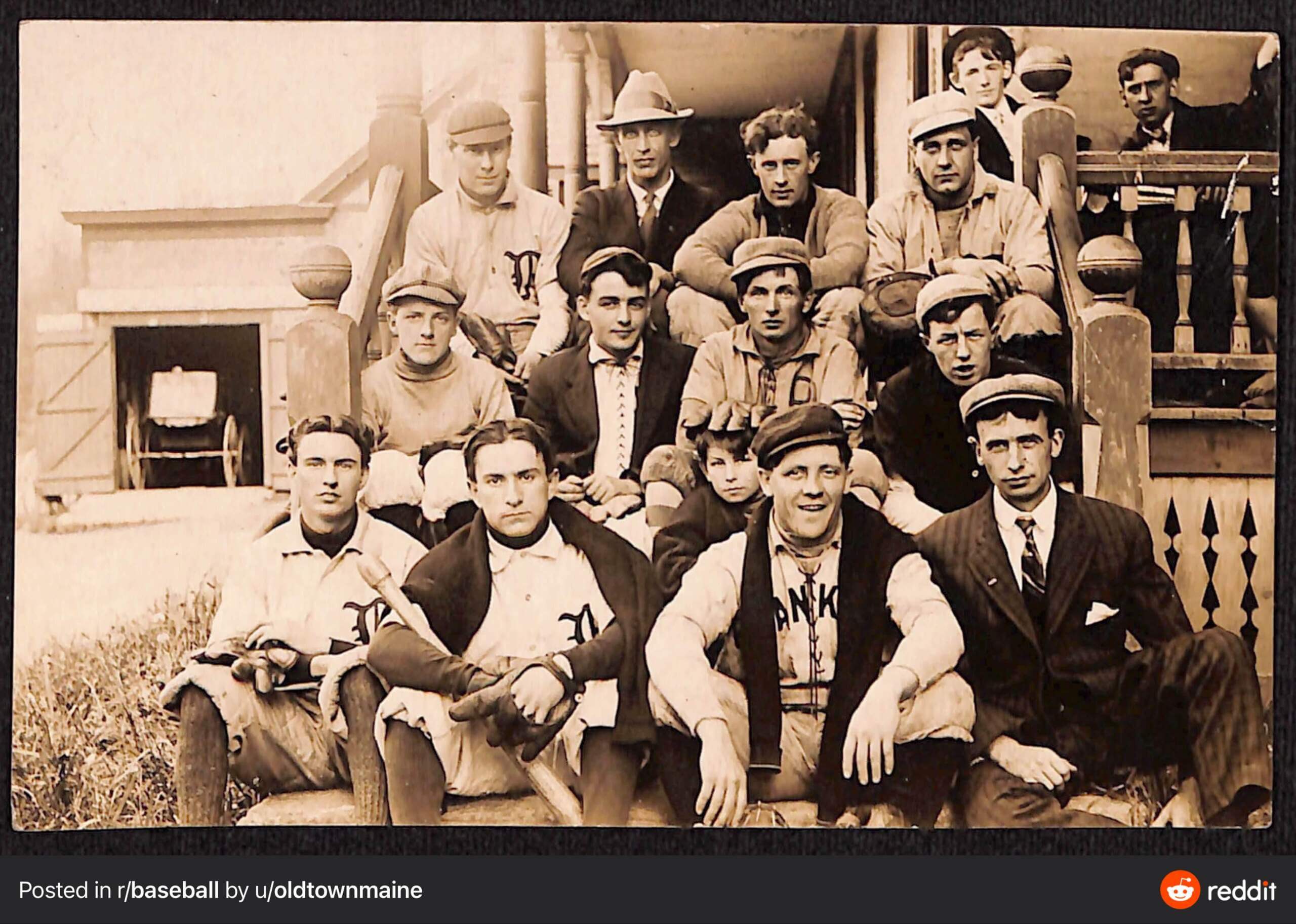 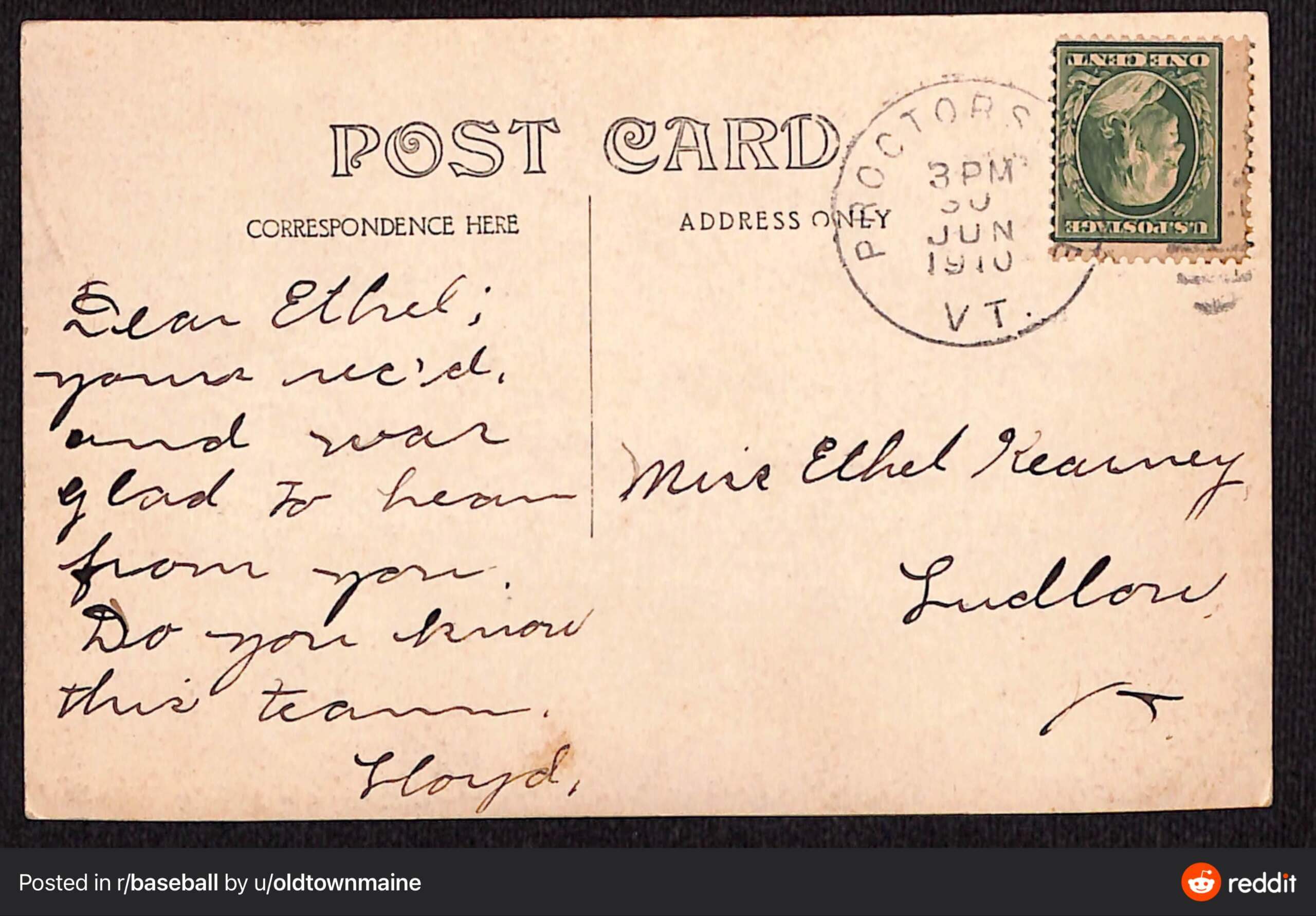 Dressed to the Nines shows the Yankees did wear a road uniform as early as 1911 saying “NEW YORK,” but the word “YANKEES” doesn’t appear on a jersey until 1927(!), so if the post card is indeed from 1910, then that doesn’t appear to be a uniform worn by the New York American League baseball team. Could this have been from a club, college or minor league/semi-pro team? Readers? Any ideas?

And Now a Few Words from Paul

Hi there. In case you missed it on Friday, our annual year-end raffle, where I give away dozens of cool items I’ve accumulated during the preceding 12 months, is now taking place. Full details here.

Also: My Premium article on Substack this week is the latest quarterly installment of “Ask Me Anything,” where I answer questions submitted by Uni Watch readers. This edition is enormous, clocking in at over 5,000 words. You can read the first part of it here. In order to read the entire thing, you’ll have to become a paying subscriber to my Substack content, which I hope you’ll consider doing. Thanks!

Now back to Phil.

Again, a Happy Hanukkah to those celebrating, and an early Merry Christmas if you don’t get to read next Saturday. I’ll be back with the lucky winners of the Vilkmas Raffle then (Christmas Eve) and Paul will have the winners of his own Annual Raffle Christmas Day!

BYU managed to come up with a uniform worse than when they had the navy and gold era uniforms.

In that old mystery “Yankees” photo, the other uniforms have logos that appear to have a “B” or a similar letter. Might that uniform say “Bankers” instead?