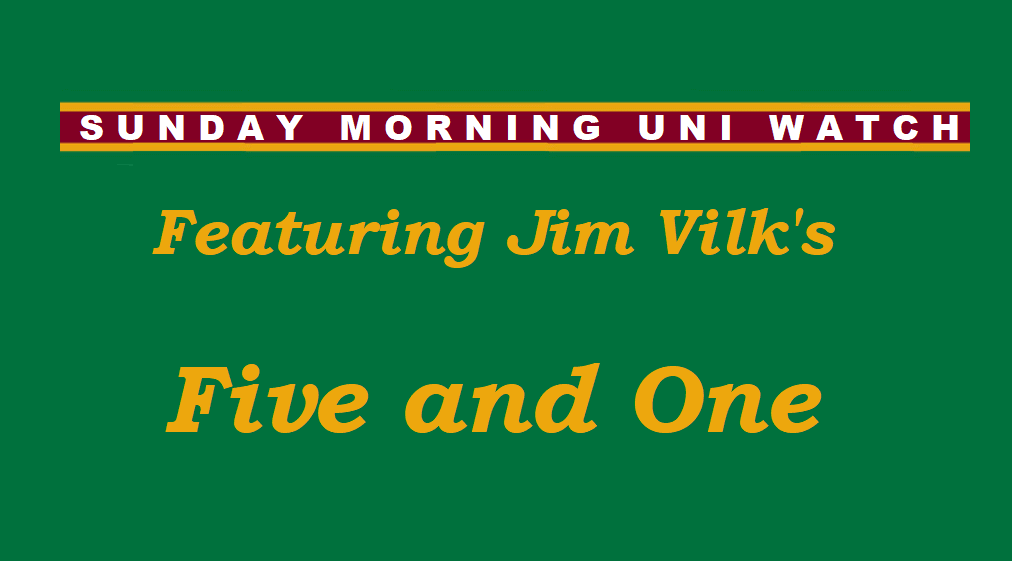 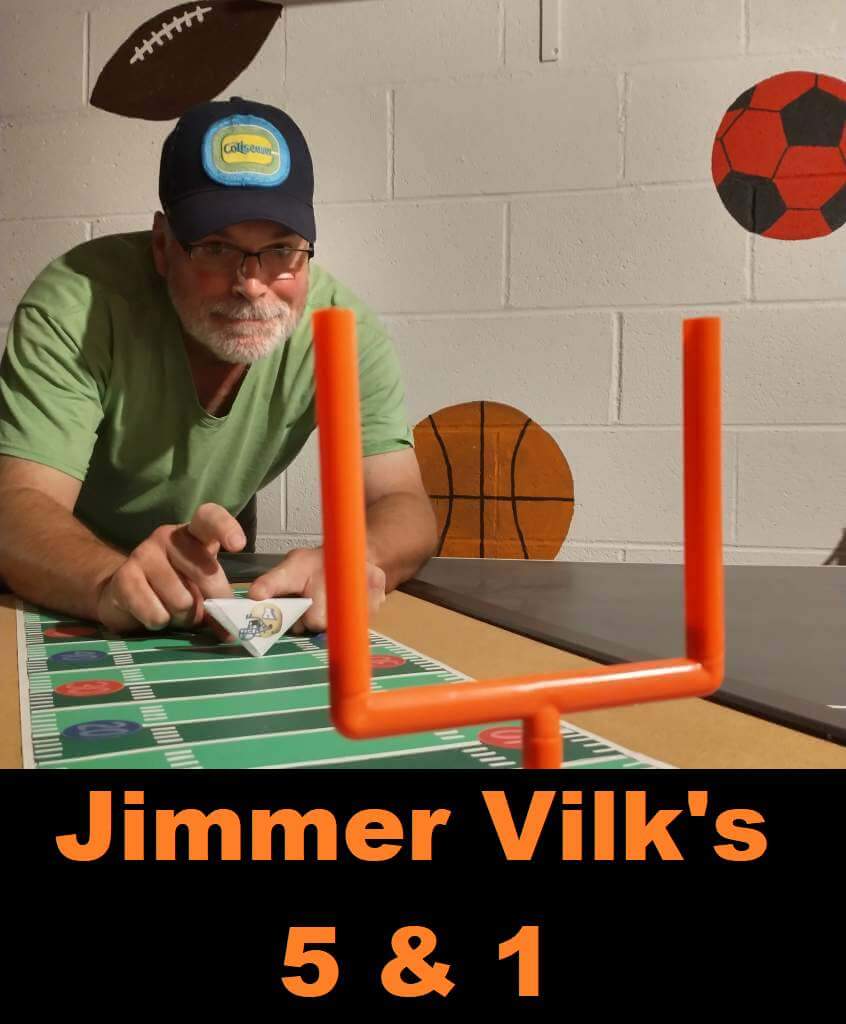 With the “regular” College Football Season now complete — and with Army and Navy’s 123rd meeting yesterday — Jim Vilk has a special Five and One today, this time tackling historical Army/Navy games.

The concept of the 5&1 is simple: Jim will pick five good matchups (not necessarily the five best anymore… he will have categories that will change from week to week) and one awful matchup.

You may agree and you may disagree — these are, after all, just opinions and everyone has one. Feel free to let him know what you think in the comments section.

It was one of my first sporting memories, and I would be more than happy if every meeting looked like that one.

I even had the paper football I made for that game in my pocket yesterday.

AND YET…1971 didn’t even crack my Top Five. A lot of good matchups happened after (and before) then, so let’s get to those now, beginning with… 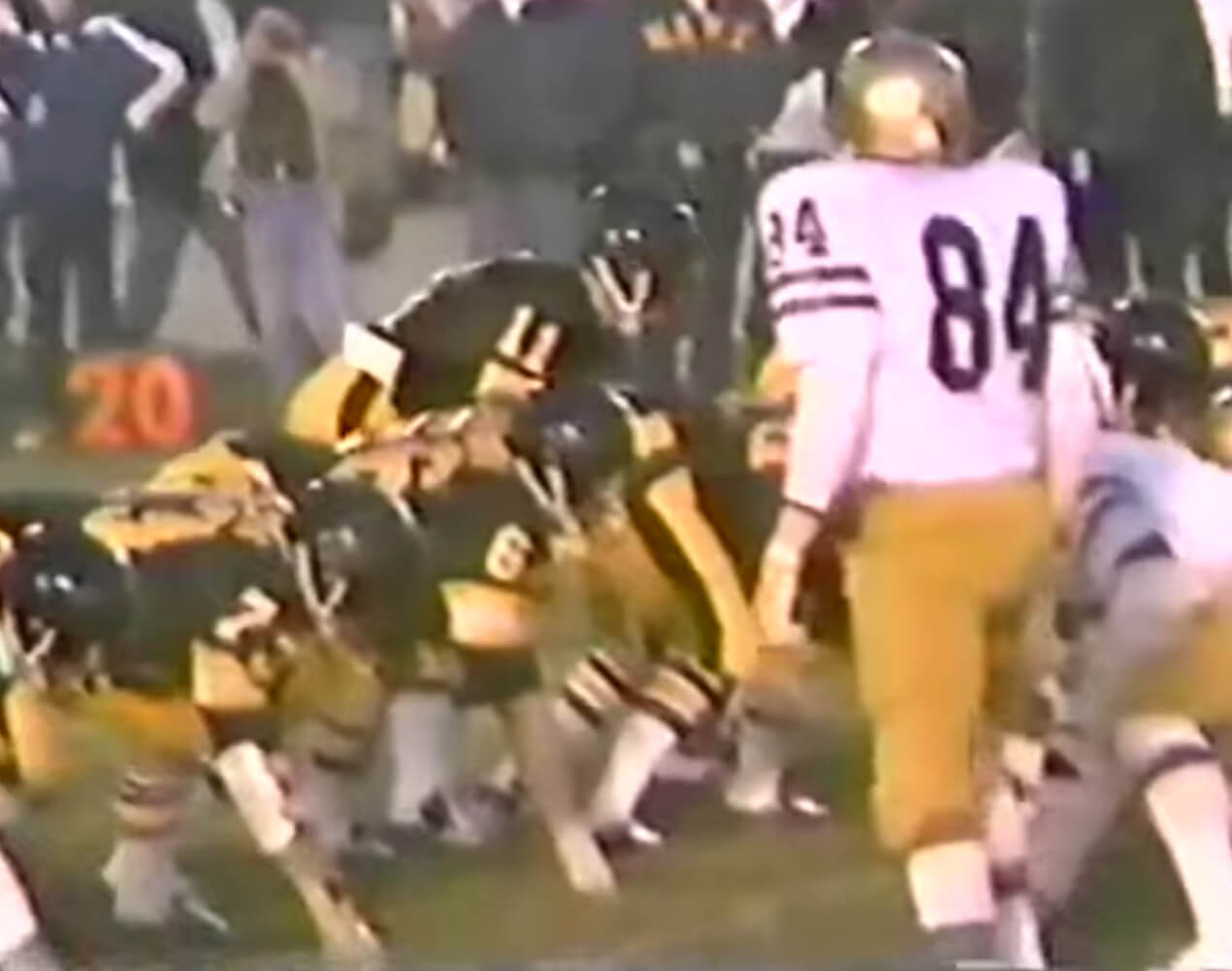 The Black Knights look good in black helmets, especially when they’re not trying to look like Darth Vader. 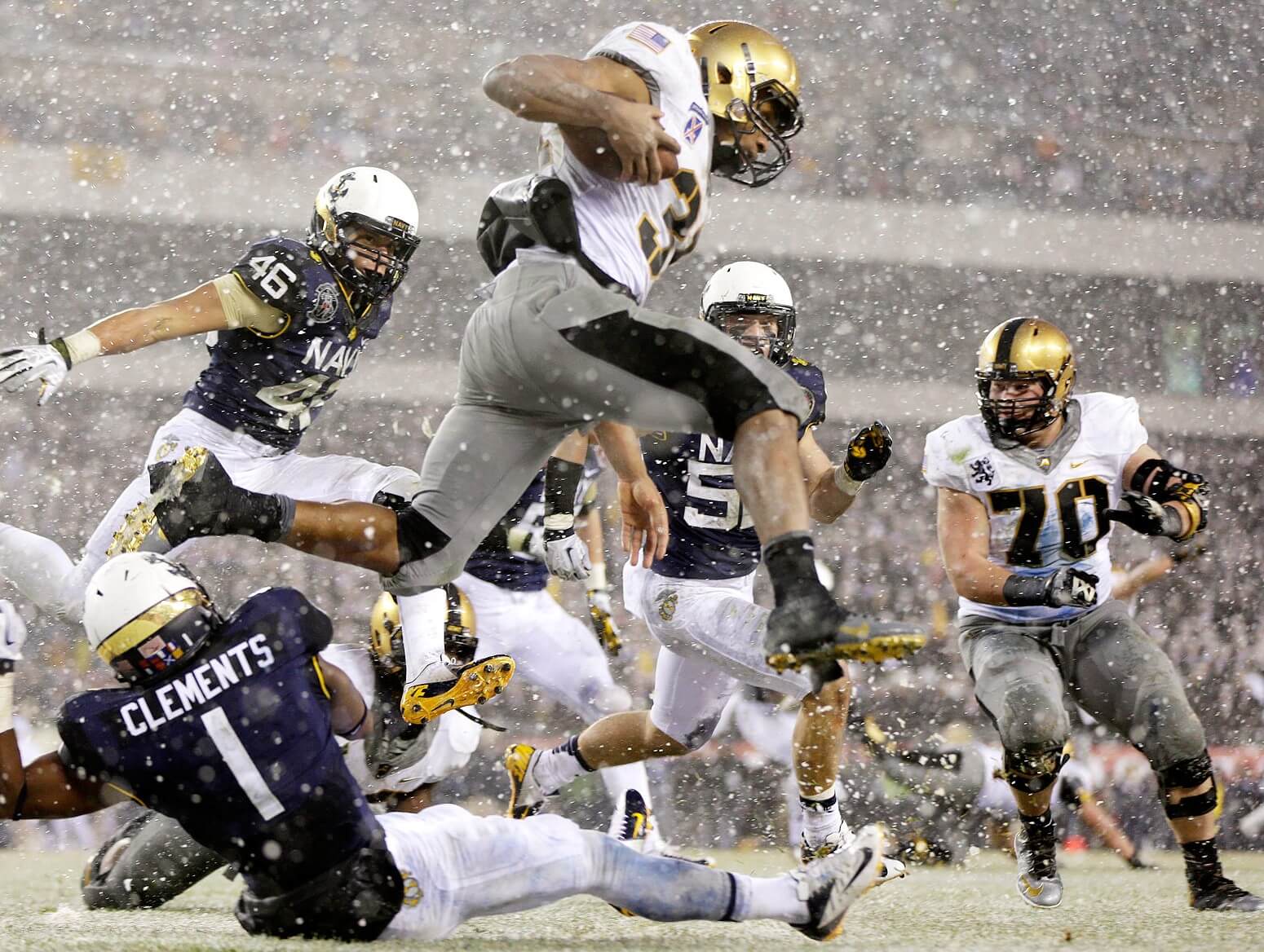 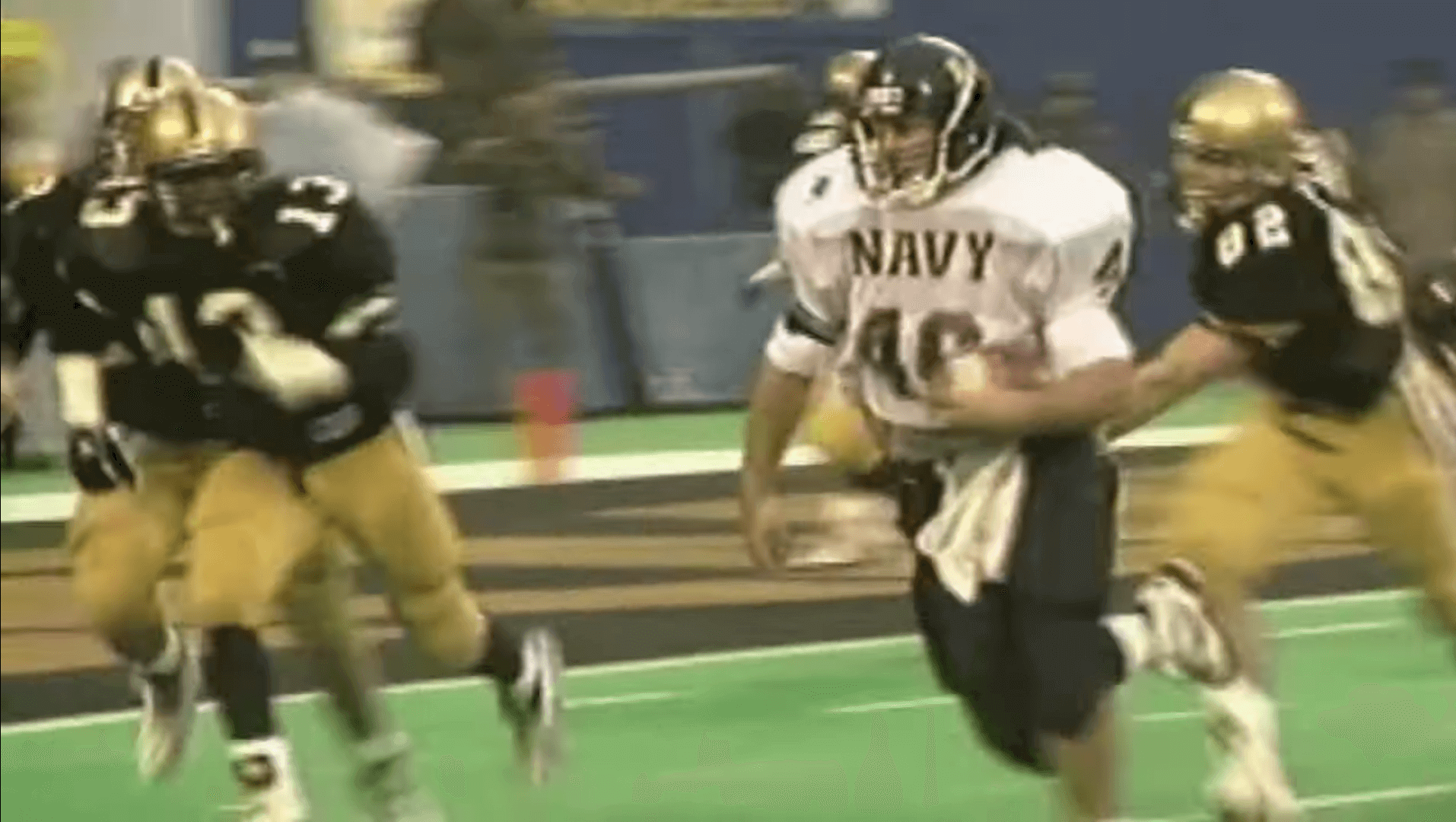 Every now and then, I like Navy in a navy blue helmet. 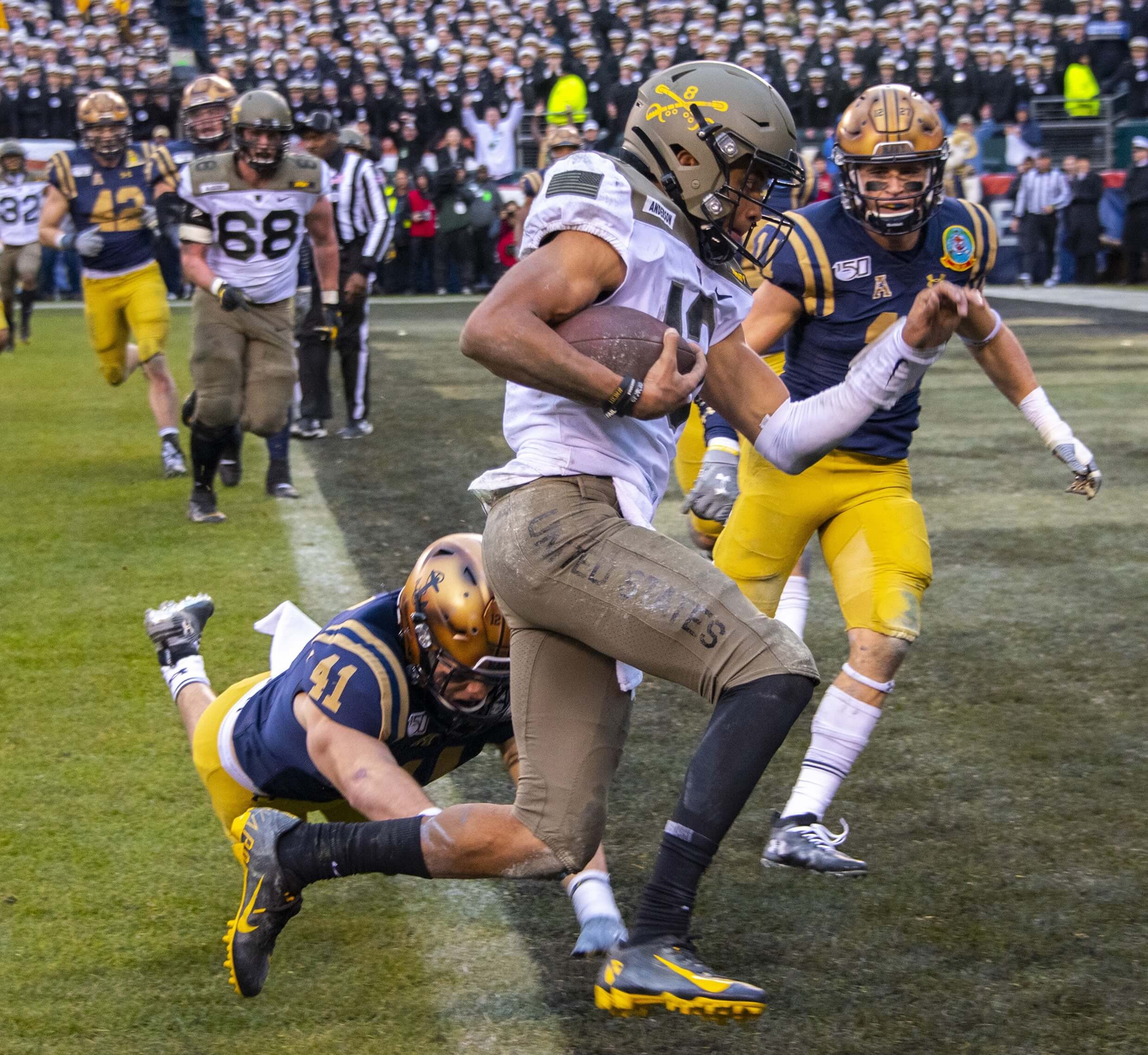 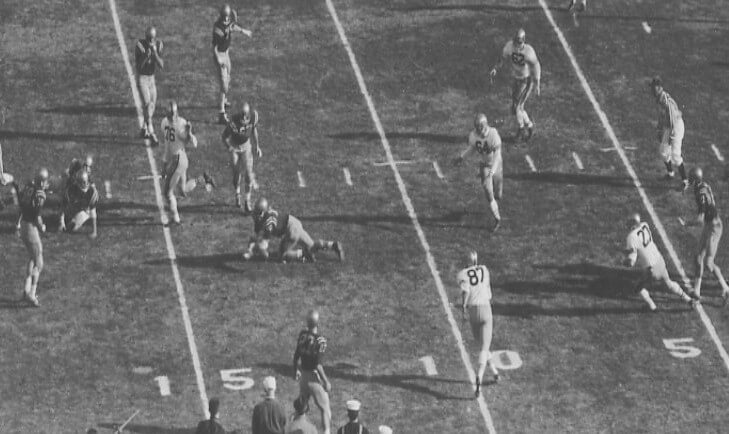 Unfortunately, that’s the best photo I could find of helmet numbers vs anchors on helmets and shoulder stripes…with field numbers every five yards for good measure!

There’s only one thing worse than 2012’s white vs black with stealth numbers, and that’s white vs white with no numbers.

As for yesterday, meh. Army won the game but NASA Navy won the uni battle. Hopefully next year it’ll be a tie.

Thanks, Jim! OK readers? What say you? Agree or disagree with Jimmer’s selections? Let him know in the comments below.

Such a great rivalry game. Wish they would “KISS” (Keep It Simple Stupid) and quit with all the gimmick stuff. Back in the late 2000’s it was all about Nike making the fabric “lighter”. Now it’s all about these “gimmicks” they add to the uniforms that they promote. Nike, just give us a decent uniform and quick the gimmick stuff.

You do realize Navy is Under Armour right?

Yeah. They are getting just as bad………

With all the special uniforms that college teams break out throughout the season, this is the only one I look forward to anymore.

Ha! Yeah, that was a contender, too. And the post game fights were so bad the series ended up being cancelled for five years.

Im just going to own this: thought the Navy helmet was one of the coolest football helmets of all time.

Though they should have leaned in all the way and gone with the spacesuit look on the jerseys/pants/socks.