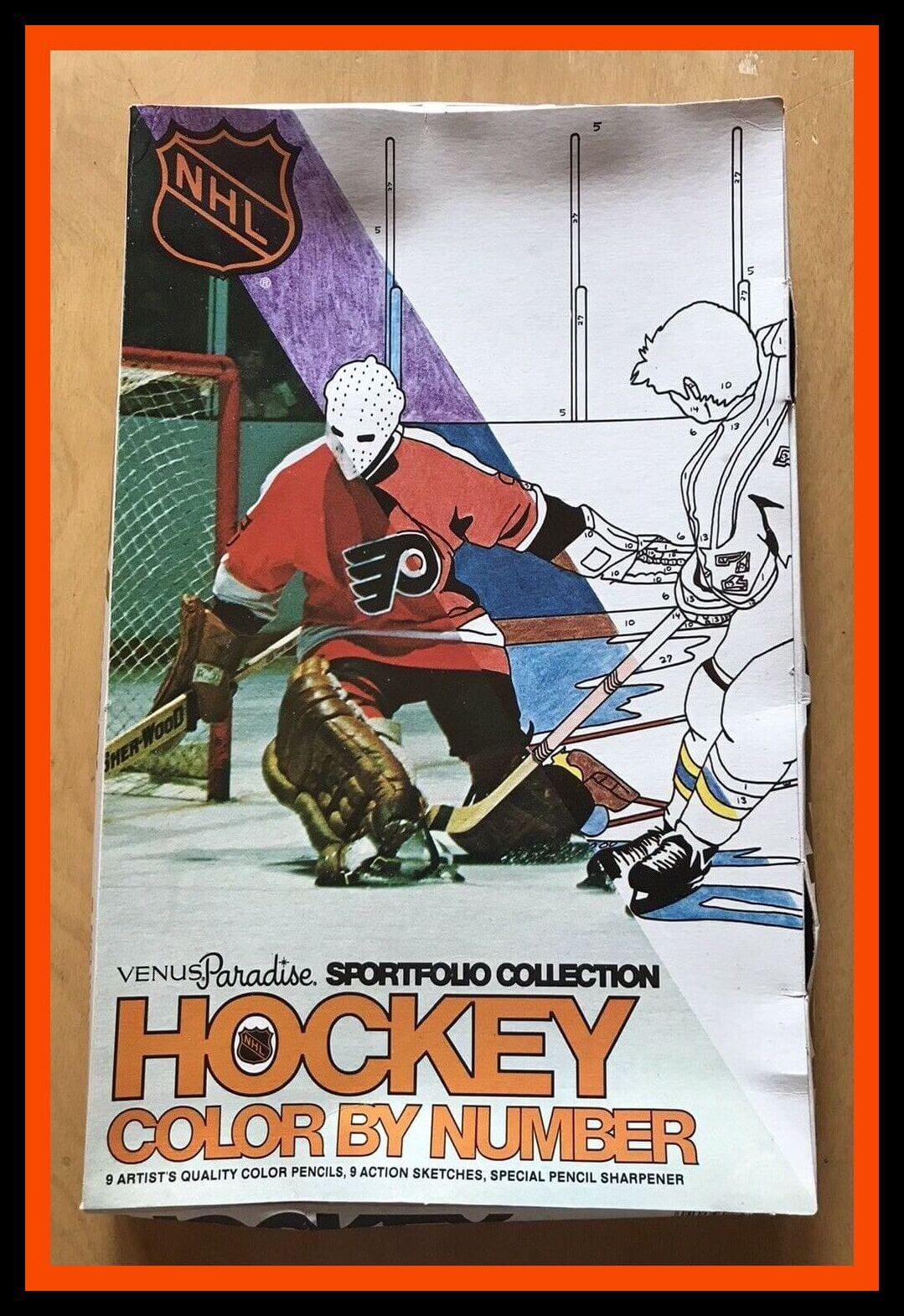 Last week, Paul ran an excellent story on his Bulletin page with Doug Murphy, Creative Services Director for the New York Giants. Doug mentions how he came to Get It™, and included this:

“There was a company that put out outlined illustrations of various teams, and it came with a set of colored pencils. And you used to color them in. So that’s how I started. And for the life of me, I can’t find that on eBay or anywhere.”

Paul asked me if such a thing rang a bell, and it did! That auction has ended, but Paul showed that link to Doug and Doug replied, “That could be it! I don’t remember that beautiful box, but it was many years ago.”

Indeed it was. So let’s start this week with a hockey version! This one is mid-1970s as opposed to the mid-to-late 1960s for the NFL, as it includes the Kansas City Scouts, who started in 1974. Here’s an NBA version, too.

• RIP to NBA all time great Bill Russell, who passed away just two days ago. Here’s a 1966 ad for “Bill Russell basketball shoes.” High or low cut available in black or white with gold trim- just $7.95 a pair.

• Carl Yastrzemski and Pete Rose could hit a little bit, so they lent their signatures to this Louisville Slugger pen & pencil set.

• At one time, Minnesota Twins owner Carl Pohlad decided to Christmas-gift his team employees with this Twins onyx baseball. It comes in a furry red box and says “Genuine Onyx, Made In Pakistan” on the bottom.

• Check out this terrific little domed replica of Fenway Pahk!

• This April 1963 New York Yankees program celebrates the 40th anniversary of Yankee Stadium. Click through the listing and see all the booze and cigarette ads!

• Once upon a time at The Friendly Confines, your Oscar Mayer Home Run Hot Dogs came in these wrappers; year unknown.

• Remember newspaper boxes? Guess they’ve gone the way of phone booths and eight track players. Anyway, the Philadelphia Inquirer boxes used these cardboard signs to front their boxes; this one is for Phillies star Mike Schmidt.

• This 1996 NFL beach towel has all the team helmets of the period.

That’ll do it for this edition of CC. See you back here next week!

Should that towel have a Browns helmet? Especially with the Ravens helmet on there too?

That’s why I said it. If this was a 1996 item, Browns helmet shouldn’t be there.

Wow. I’ve been looking for photographic evidence of that Hockey Color by Number set forever, as I can remember having it as a kid. No doubt my parents threw it away in one of our house moves. Does anyone even appreciate how difficult it was to color in those Buffalo Sabres socks?!?!