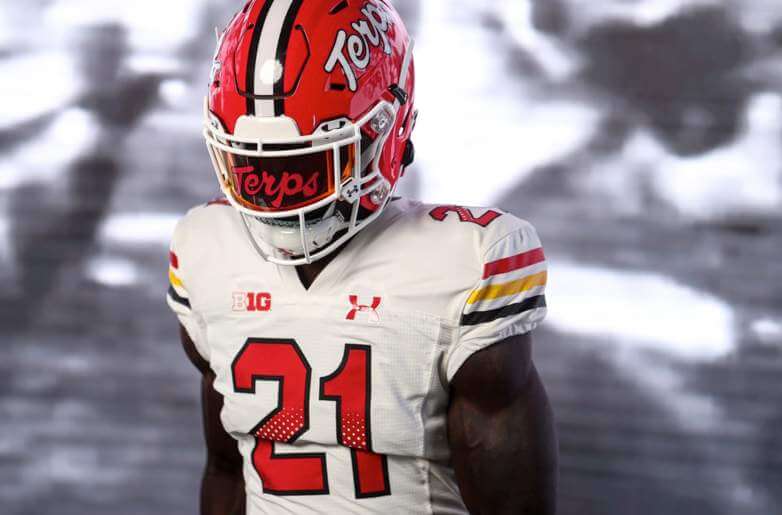 The University of Maryland unveiled a throwback uniform that will be worn for their opener next weekend.  Rolling out a throwback jersey in recognition of a brand is … weird. In Maryland’s case, I guess it makes a little bit of sense given the company’s history and founding and their connection to both the University and the state.

Harkening back to the glory days of the 1980s, Maryland football will wear a special throwback uniform for its season opener vs. West Virginia on Sept. 4 in a nationally-televised game on ESPN at 3:30 p.m.

Recognizing the 25th Anniversary of Under Armour, the Terps will don these special white Airvent ArmourGrid jerseys with red numbers and black and gold trim. The look will be complete with red helmets featuring the iconic Terps script logo and red pants to mirror the team’s look of the 1980s.

The design and execution of the uniforms features a ‘future/throwback’ look recognizing the past while pushing the future. 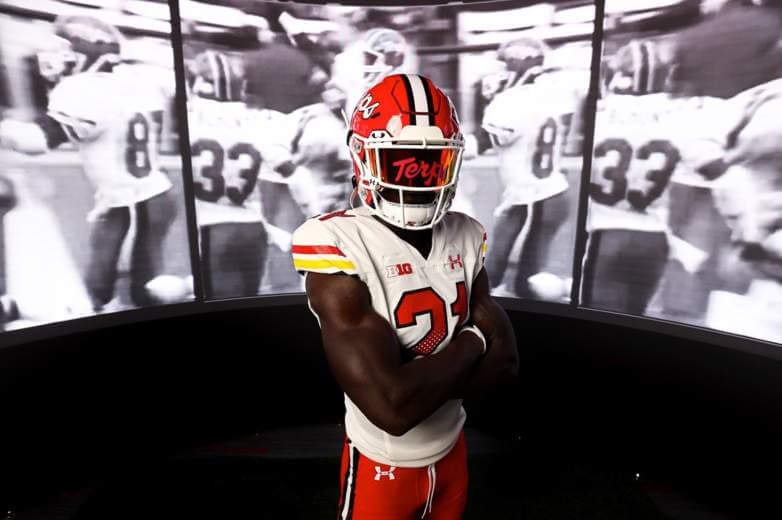 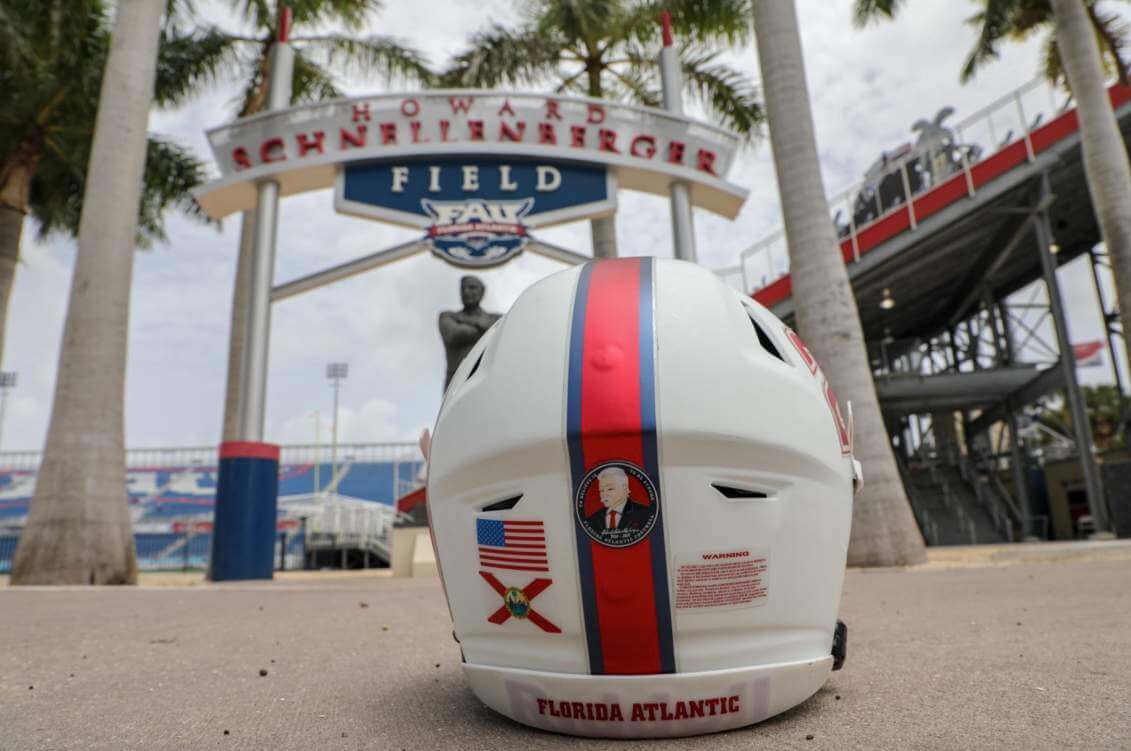 FAU will be adding both a memorial patch and helmet decal for Howard Schnellenberger this season, starting next Saturday when they open a Florida. Miami’s decal, which they wore for a spring game back in April, is here.

Florida Atlantic will honor the late Howard Schnellenberger with a helmet decal and jersey patch during the 2021 season.

The team announced Thursday that the Owls will wear the decal and patch as a tribute to FAU’s first head coach, who died earlier this year at the age of 87.

The Block “0”, this year awarded to Thayer Munford, will have to be a jersey patch this season.

The tradition of the Block “0” jersey began last year and is inspired by Bill Willis and what he stood for – toughness, accountability & the highest of character.

Because he plays on the OL, Munford is prohibited from wearing #0. He’ll wear a special patch on his jersey instead.

It appears as though Ronaldo’s Manchester United reunion will include a number change after all.

Hey @ballparkdigest we have a dual jersey auction going on tonight thanks to @psecu ! These Dodgeball themed jerseys are up for auction on the @LiveSource app until 8pm!!!

Bid to win a Revs player’s jersey OR a @BlueCrabs jersey! pic.twitter.com/xfOPJGNCrZ 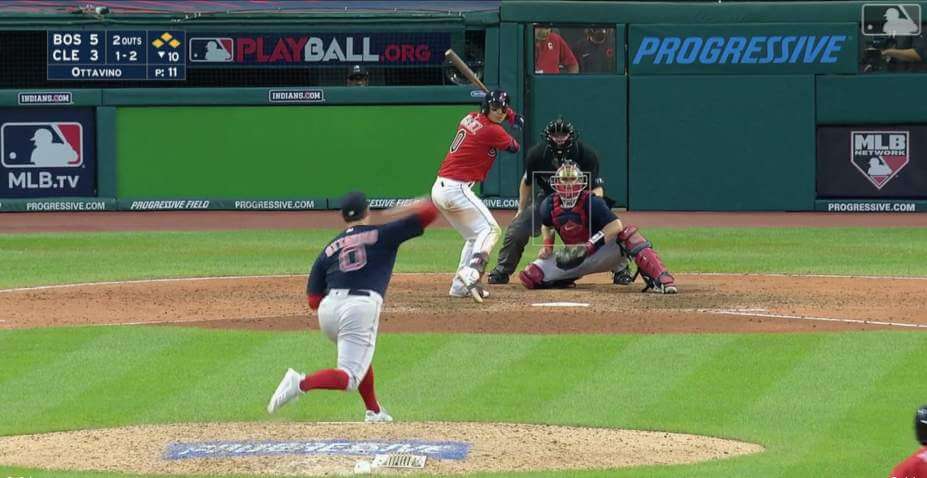 So, the great “tradition/legacy” of the Block ‘O’, which began way back in 2020, is interrupted in its second year because the recipient is an offensive lineman and can’t wear ‘O’.

Does anyone think these things through?

Yeah I guess we won’t simultaneously honor Bill Willis, the man who broke the color barrier in pro football (six months before Jackie Robinson), and a current player who has proven to be an outstanding young man, just because o-lineman can’t wear zero.

Oh Hell Yeah! It has been almost 2 years due to the pandemic. It is back again baby! College Football Uni Tracking – Canadian Rules Style!

U Sports football is kicking off this weekend. Just the Quebec conference (RSEQ) starting earlier than the others. Only 1 game played so far as of Saturday.

The Montreal Carabins visiting the Sherbrooke Vert & Or. Sherbrooke showing off their new uniforms. The or shade has evolved from yellow to gold. Sherbrooke wearing the gold helmet with green over green combo to start:

Montreal going with the blue/white/black combo:

Like hell that guy is playing football with a decal across his visor. That’s no way to “push the future”!

In this post’s opening graf, what ‘brand’ and ‘company’ is being referenced?

I agree with Ek’s point, it is weird, but I only understood that point because I already knew Maryland is an Under Armour school.

I’ve noticed this all year with Mets reliever Miguel Castro, including today’s game (8/29). Has anyone else noticed that he wears his hat with the inside liner flipped down, exposing the size tag and NE tag?

Since Under Armour is headed in pretty much the same direction as UMD’s football and basketball programs, it makes sense for the school to honor their ineptitude. We were all excited at the potential of becoming the Oregon of the East Coast, but just about everything has gotten worse since the school sold its soul to Kevin Plank. At this point, most of the alumni are just hoping for UA to get out of the team apparel game so we can go back to actually competing instead of being known as that “crappy school with the goofy uniforms.” The President of Jordan Brand is a UMD alum; please save us!

Re-read to see if I missed a UMD (University of Minnesota Duluth) posting somewhere. Took me a minute but figured out you were referring to Maryland.

Tonight’s Yankees/A’s game has some green-screen issues. The Oakland pitchers, with their kelly green hats and jerseys, are blocking the plain advertising sign used for national advertising. At times you can see through the pitchers’ shirts.