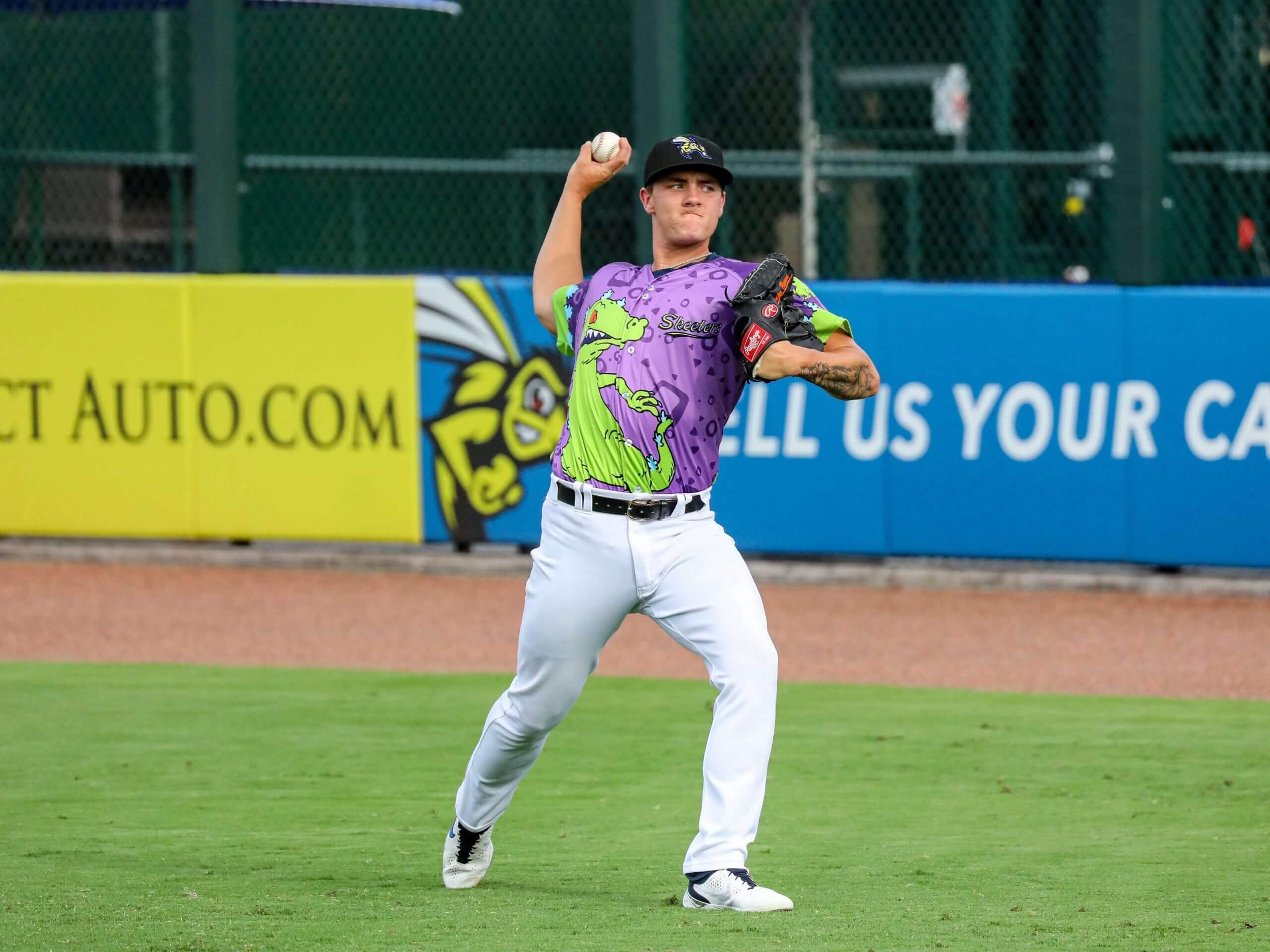 The Sugar Land Skeeters, AAA affiliate of the Houston Astros, had a Rugrats-themed promotion last night.  The event was to benefit the Candlelighters, a Houston-based organization that provides “emotional, educational and practical support to families of children with cancer.”

You can bid on these jerseys until 2PM today if you want to snag one of these (ahem) beauties.

Hang on to your diapies, these jerseys are FOR REAL!

They're available NOW for bidding in benefit of @CandlelightersH! Relive the nostalgia with us and bid now thru 2 PM tomorrow by texting BID to 877-377-3585! pic.twitter.com/MMoyaMyxLz

Party like it’s 1992 at the @SL_Skeeters tonight. They’ll be wearing these Rugrats/Reptar jerseys you can bid on! pic.twitter.com/wxGLA2jaL6 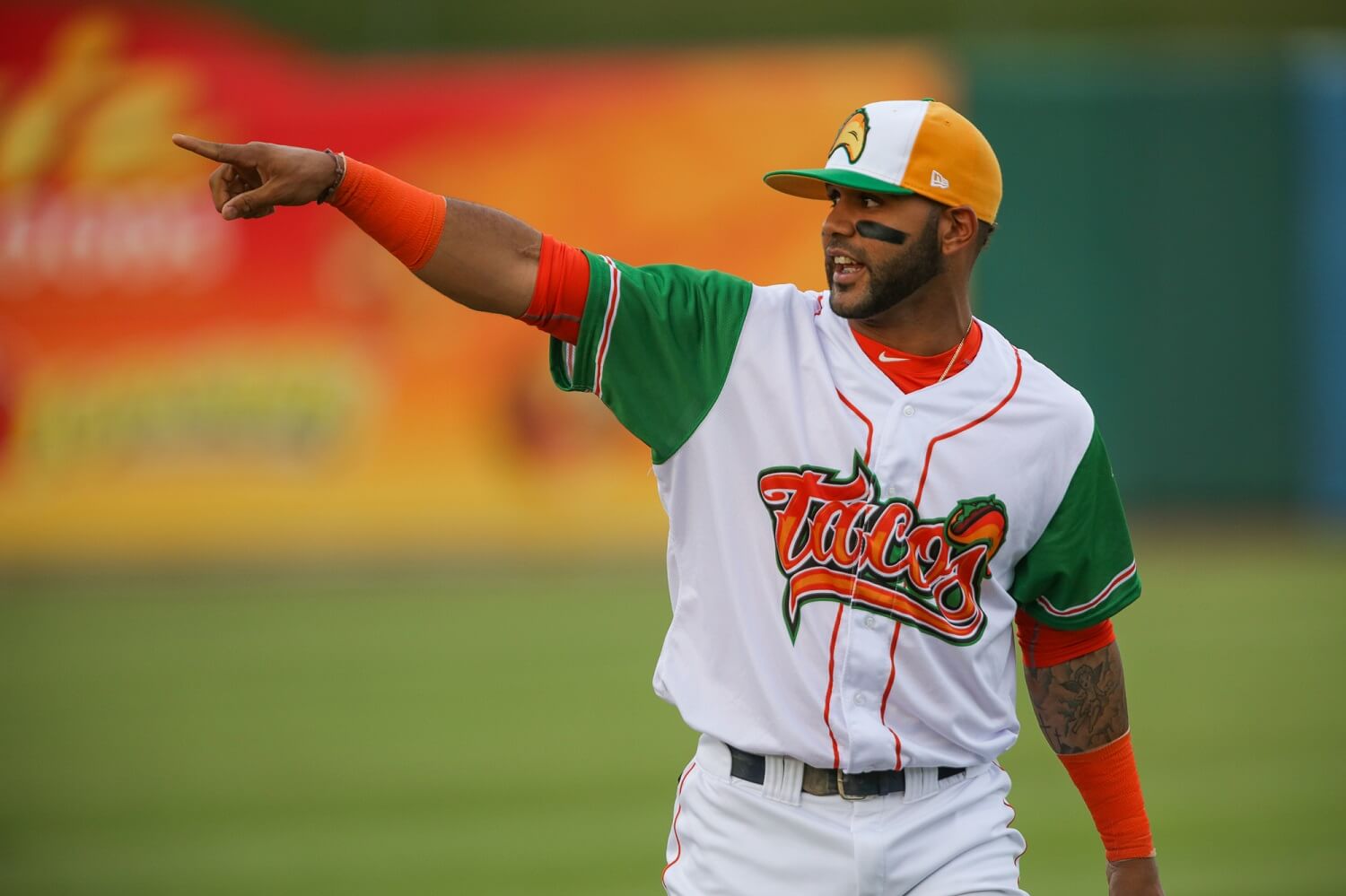 The players on the field, smacking home run after home run against the Stockton Ports, all wore jerseys emblazoned with their alternative name: the San Jose Churros. The churro mascot on their caps also wore a wide-brimmed hat that patrons of the stadium recognized as Cerda’s trademark accessory. After all, this alternate name was chosen in his honor.

The San Jose Churros aren’t the only minor league baseball team that’s picked up an alternate name in the last few years. According to a ballpark estimate by Jeff Lantz, senior director of communications for Minor League Baseball, around 100 out of 120 teams have adopted an alter ego based on a local food. On occasion, the Hartford Yard Goats, the Charleston RiverDogs, and the Portland Sea Dogs become the Hartford Steamed Cheeseburgers, the Charleston Boiled Peanuts, and the Maine Whoopie Pies. (Or the Maine Red Snappers.)

This certainly fits in with the overall style of Minor League Baseball, which often features some local gimmick or goofy nickname, but these food-based promotional games have proven to be wildly popular.

Our local team here in Jacksonville (Marlins AAA affiliate) is known as the Jumbo Shrimp, after changing their name from the Suns a few years ago.  Since they’re already named after food, they decided to do a promotion based on the “The ocean called; they’re running out of shrimp.” Seinfeld episode.

MLB’s website had a roundup of all the Minor League promotions to keep an eye on this season.

A bunch of proposed Philadelphia Soul logos were revealed by the Sports Design Agency.  These fairly rough mockups were pretty clearly from early on in the design process.  While the final design ended up being a more standard or generic-ish football design, you can see some of them were really leaning into a style closely related to their owner, musician Bon Jovi.  If you squint, it almost looks like something you’d see on a wall at a tattoo parlor.

Hilarious uni-snafu in Anaheim on Thursday night, as Mike Gallego had to jump on 3rd base coach duty and went out in Matt Wise’s jersey.  I can’t seem to find any details on what ultimately happened here.  Anyone know?

3B coach Brian Butterfield left the game promptly (unsure why).

Replacing him is Mike Gallego, who is wearing pitching coach Matt Wise’s jersey because he presumably did not have his jersey on?

Doug Babic checks in with a bit of field reporting for us: “I visited Fort Robinson in Northwest Nebraska and noted among their uniform history was also sports uniforms history.” 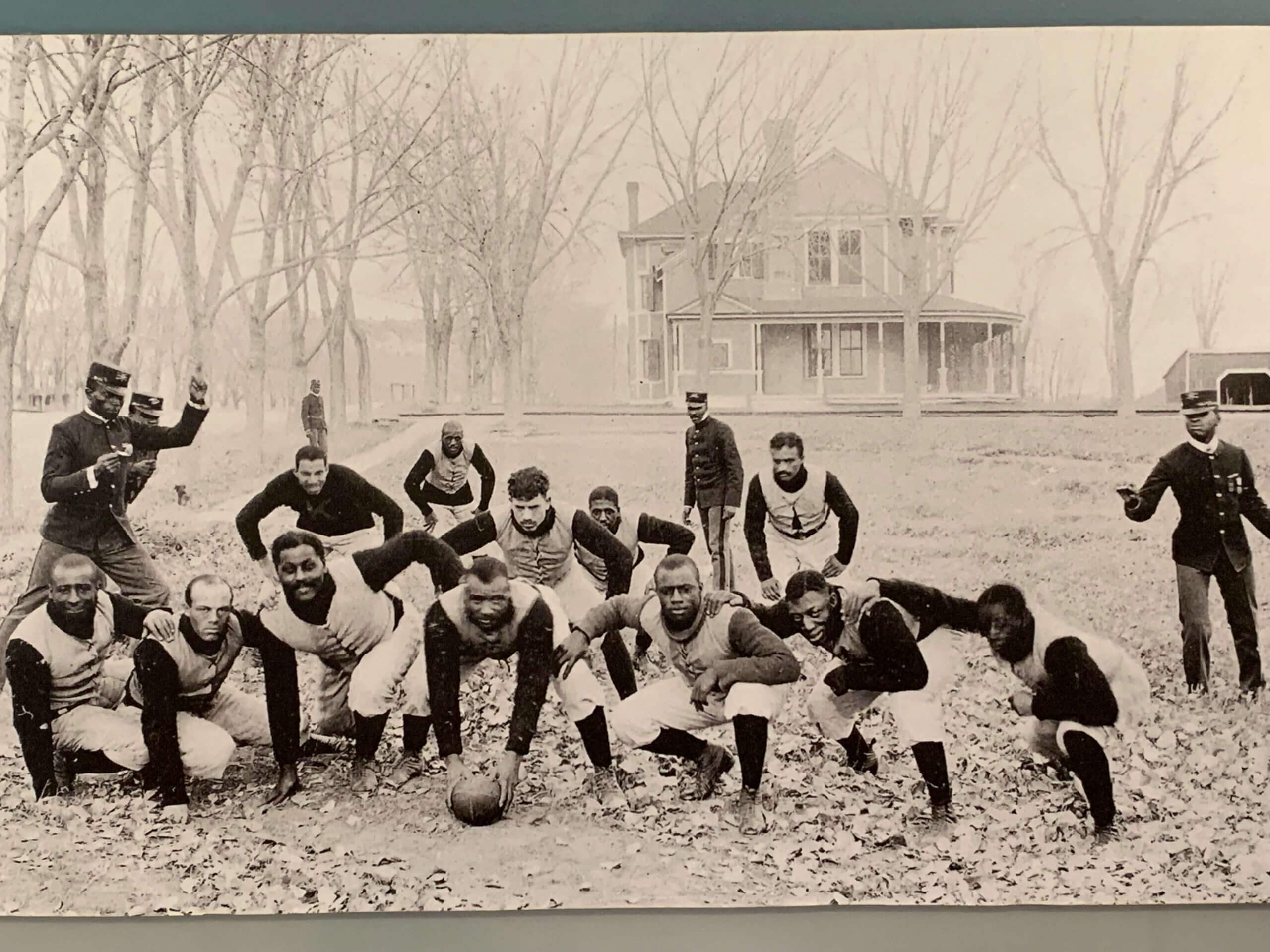 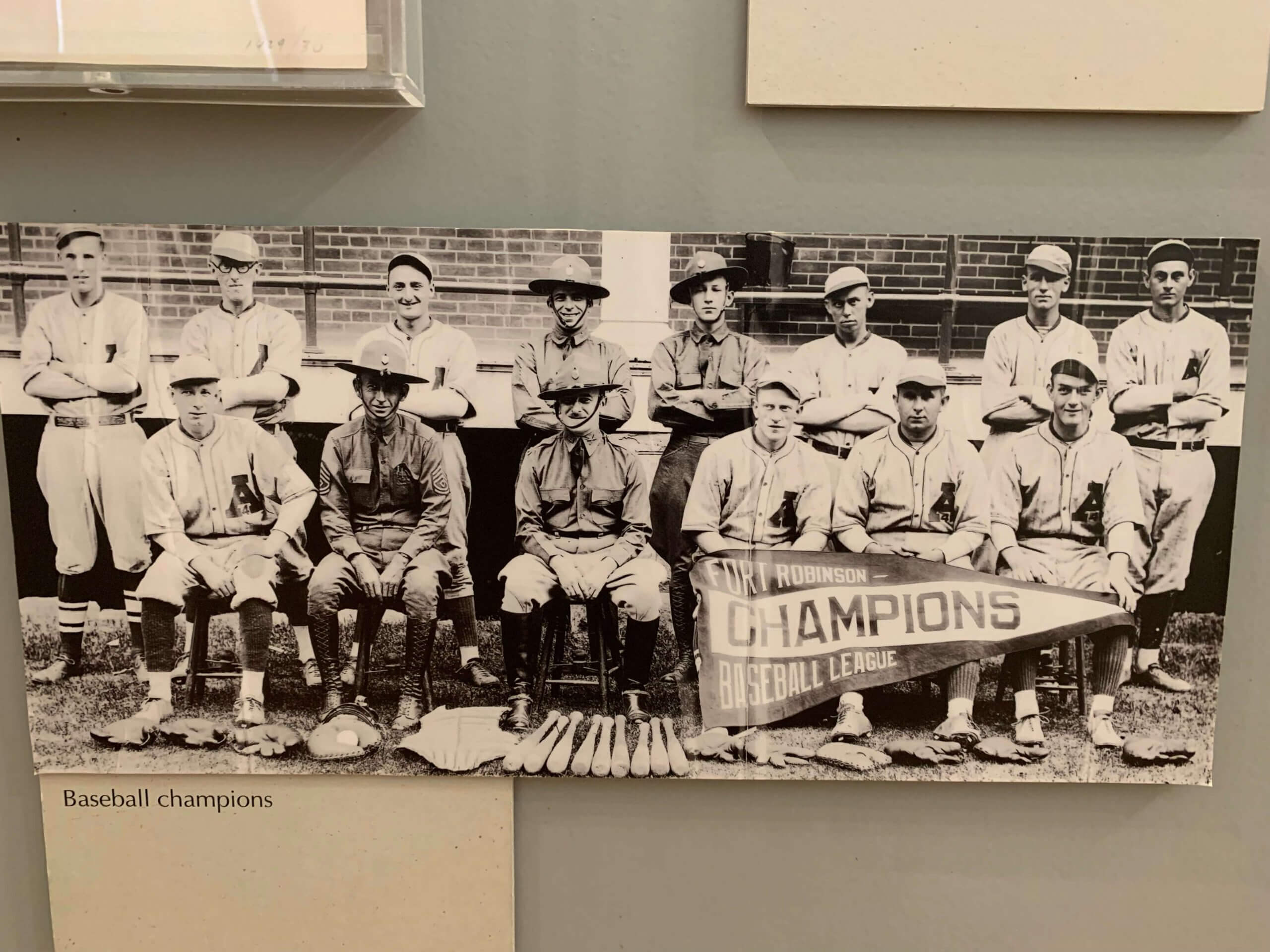 Today’s the day, fellas! (Sorry, sort of a big deal down here in Jax) 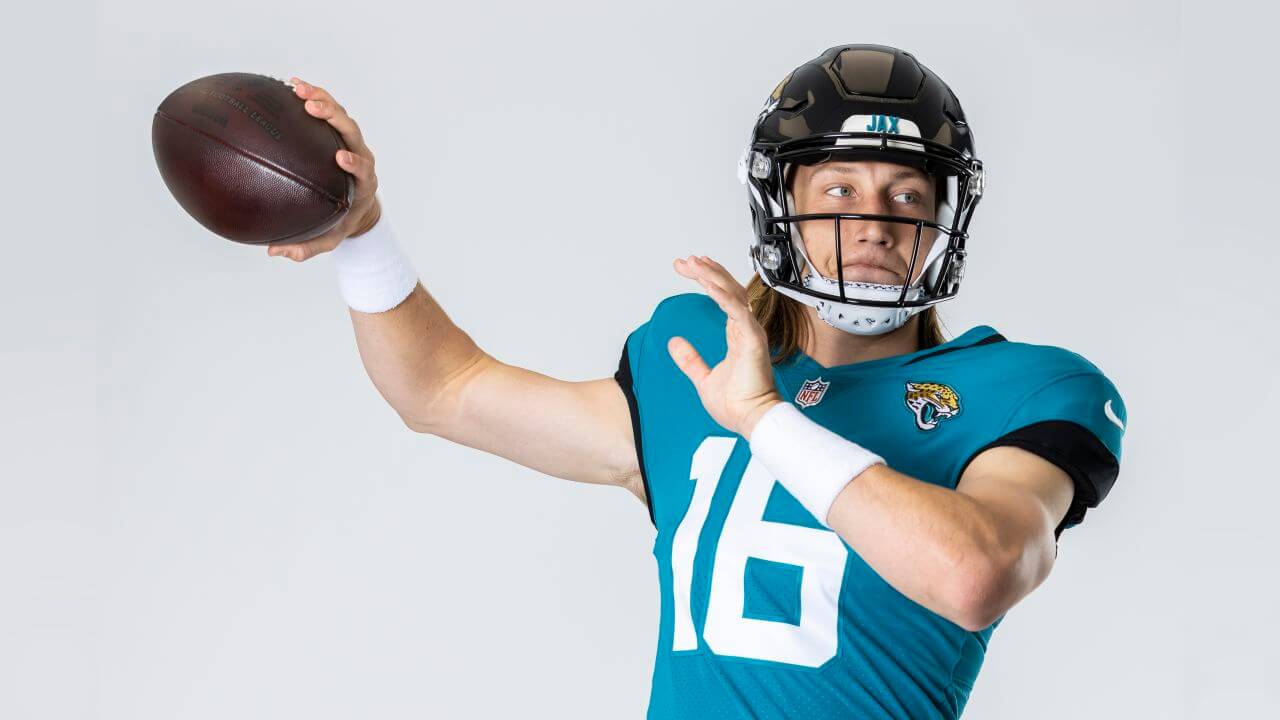 Those Reptar tops probably beat the ones the Frederick Keys wore a few years ago, but not the pants: link

(Frederick and Lynchburg did “Hey Arnold” the following year: link)

Some other hockey news out of Winnipeg. The Winnipeg Jets are making their Heritage uniform their new regular third. The aviator blue third with Jets script as crest is retired.

This navy blue uniform with red trim and classic Jets logo is to be worn 14 times next season now as a regular third.

What do you guys think? Good move or will you miss the old third?

And Greenstein has already made the changes in his database. Remarkable.

As a fan of the original Thrashers template, I’d prefer to eventually see a jersey option that reflects the franchise’s true history rather than a heritage one that kinda leaves the impression that these current Jets are the same as the WHA/NHL Jets that left Winnipeg, what they have chosen as their 3rd is superior to the script.

That 10th Cavalry football photo is one of the greatest things I have ever seen.

The only way that could’ve been better would’ve been if the Skeeters had brought in Mark Mothersbaugh to play the organ for the night.

That Costanza bobble head is real and it’s spectacular

That 10th Cavalry football photo is one of the greatest things I have ever seen.

I wonder why they published a publicity photo of Trevor Lawrence wearing a practice jersey instead of a game jersey?