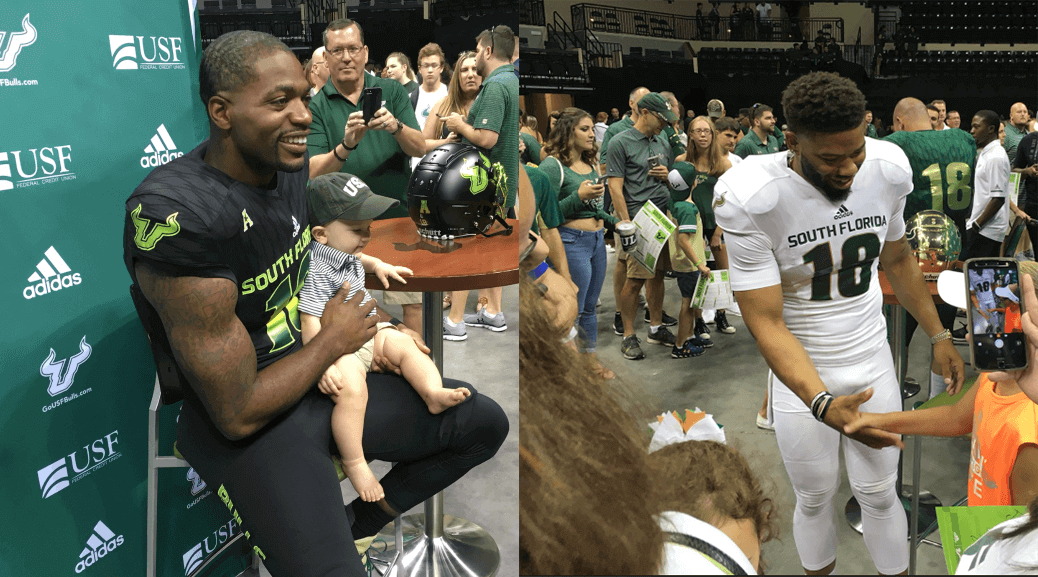 This past winter, USF dumped Under Armour and inked a new eight-year deal with Adidas. The deal includes over $1 million in bonuses for both merchandise purchases and on-field performance (coaches and teams).

At the core of the contract — effective July 1, 2018 — Adidas will supply USF with $2.8 million in product (from uniforms to footwear to accessories) and $150,000 in cash annually. It will give an additional $300,000 in product during the first year of the agreement.

With Adidas, USF can earn up to $600,000 a year in bonus merchandise (for exceeding annual purchase volumes) and up to $500,000 a year in cash bonuses for the performance of its teams and coaches.

They showcased the new all-green look back in July, but yesterday’s Fan Fest formally unveiled the new white and black sets. 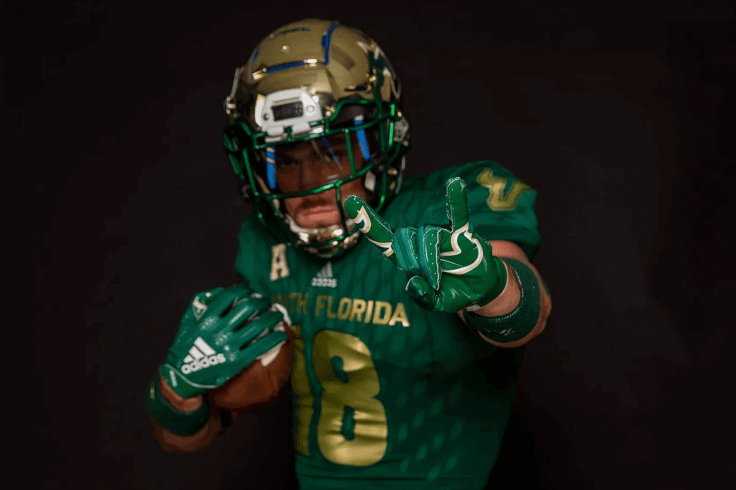 Photos are a little hard to come by at the moment, so take a look at this video from the event, which includes all three full uni sets:

📽️ The @USFFootball team unveiled their new @adidasUS uniforms for the 2018 season!

Here’s a description of the unveiling, from TampaBay.com:

An all-black alternate uniform (modeled by former Bulls LB Sam Barrington) and all-white version (modeled by former QB B.J. Daniels) were unveiled to the players and public at the Yuengling Center. The all-black version is believed to be the first of its kind in USF’s 22-season history.

Check out the black helmet with a chrome-green (is that what we call it?) facemask: 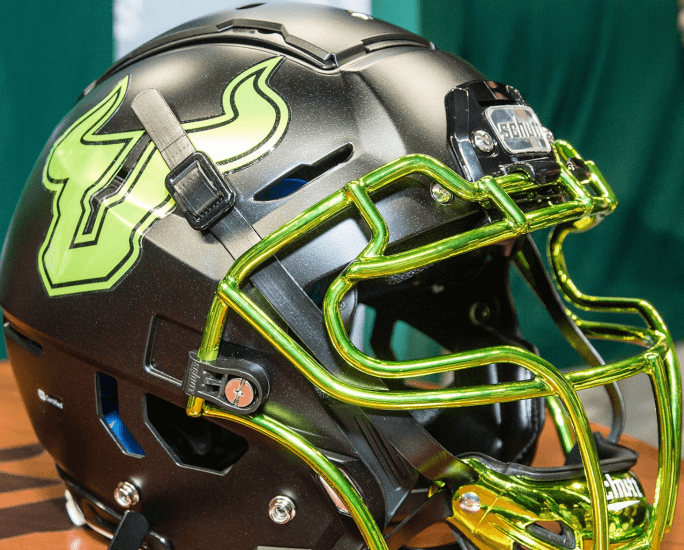 Mississippi’s new mascot is a bit of a head-scratcher.

The reaction has been, shall we say, less than positive.

It appears Providence is going with the name-under-number look this season. Nice catch, Ryan McNeely.

Looks like @PCFriarsmbb is going with NUN (is Name Underneath Number a thing?) for their upcoming Italy trip @UniWatch @PhilHecken https://t.co/HMmtxyF1cX

I don’t recall a number zero ever being available in Little League as we all rifled through those ripped cardboard boxes of uniforms before the first game.

Not exactly uni-related, but this is making the rounds this weekend. Gotta love this kid.

When I saw it, all I could think about was Marshmello the DJ.

If the fins up gesture was the whole reason for the land shark mascot, then why doesn’t the mascot have fins on its arms?

He looks like a douche-shark from the Jersey Shore.

As if introducing a new BFBS uniform in 2018 wasn’t bad enough, it looks like that USF jersey has gradient numbers.

The numbers on USF’s black jersey do have a gradient, which appears to be part of that SoFlo theme that USF started with Under Armour. I’m a USF alum and a 10-year football season ticket member and I thought black had been removed from our visual identity for good a few years ago. Sadly, the black uniform is the best one they have now. The other ones seem bland to me.

What does Big Al have to say about Landshark Tony?

If you saw on e of the other Big Al clips, the kids behind him tell you all you need to know:

I hate pajama pants in baseball, but this little leaguer’s shorts looks ridiculous.

Whats with no ticker the last few days? It’s what I come here for..

August weekends. The weekend ticker will be back when the calendar hits September.

How much you wanna bet those NOBS are just for Italy? Just like it says in the tweet. That’s looks like Comic Sans and I doubt it’s there permanently.

I read that first headline as “USFL unveils…” which would have been huge news indeed.