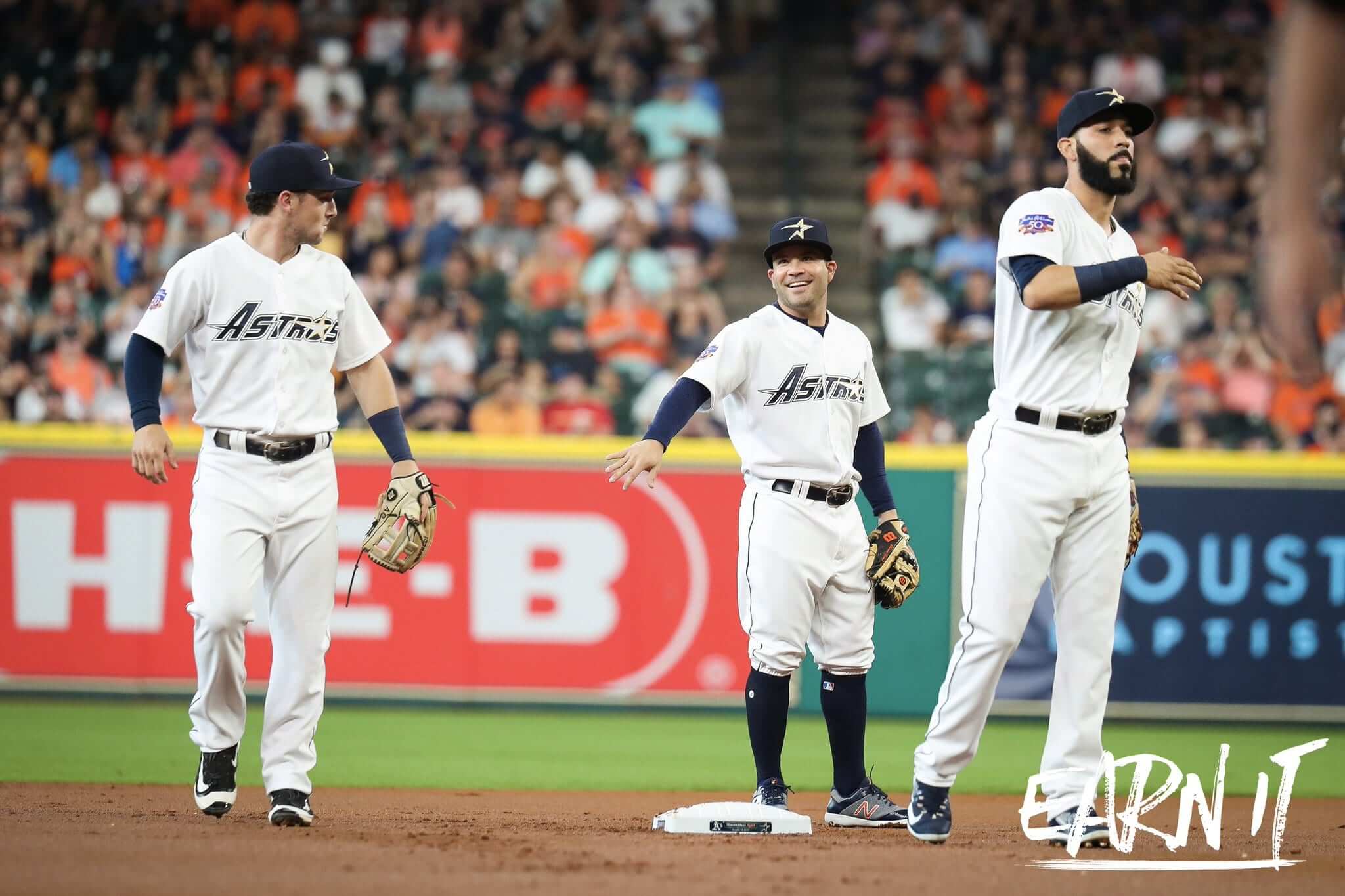 The Houston Astros celebrated their 1997 NL Central division-winning team last night, with Craig Biggio and Jeff Bagwell in attendance. Larry Dierker, who managed the team, threw out the first pitch.

It’s time to break out the DunkAroos and jelly sandals … the ’90s are back, and they are better than ever. The Astros honored the 1997 NL Central championship team before they hosted the A’s on Saturday, bringing out former manager Larry Dierker with members of the team on hand.

“The ’97 team was the Astros’ first division championship since winning the NL West in 1986,” said McTaggart, “and it began a span where they won four division titles in five years.” 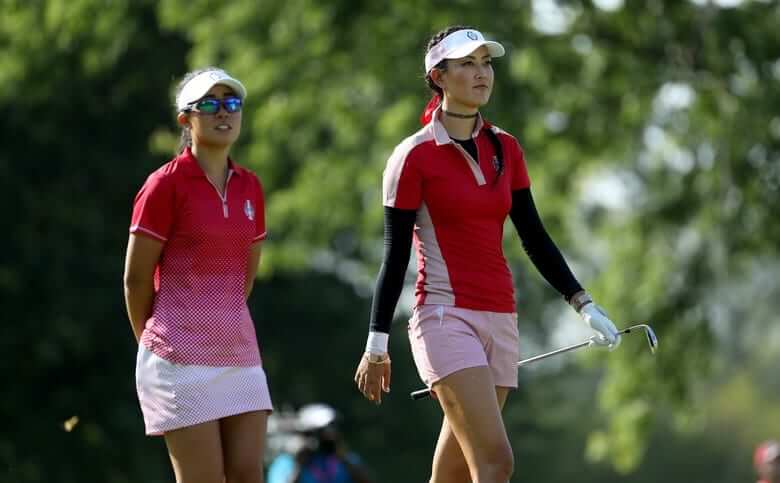 Michelle Wie wore the wrong outfit for Friday’s play at the Solheim Cup. She was supposed to be matching her partner Danielle Kang, but accidentally wore the morning outfit instead of the afternoon one. 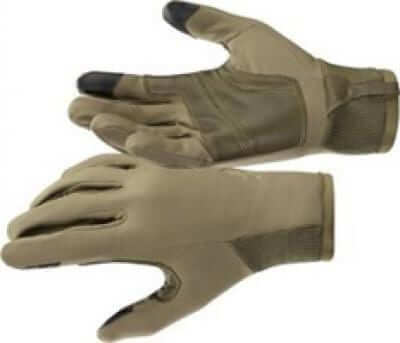 Researchers are now developing “energized” fabrics that heat up when powered, as well as a particle layer which would absorb sweat. According to the article, most of the military’s cold-weather hand gear is over 30 years old and so poor that soldiers often buy their own gloves.

Soldiering in arctic conditions is tough. Protective clothing can be heavy and can cause overheating and sweating upon exertion. And hands and feet can grow numb despite wearing such gear. To keep military personnel more comfortable and battle-ready in bitterly cold climes, scientists are now conducting research aimed at creating high-tech fabrics that heat up when powered and that capture sweat. These fabrics could also conceivably make their way to consumer clothing in the future.

When the “Ladies Gridiron League” launched in Austrailia in 2015, it was met with controversy over the revealing uniforms. There were complaints of sexism and the players themselves criticized the look, which was not exactly ideal for a full contact seven-on-seven version of American football.

A new league, the Gridiron West Women’s League, is starting up now with traditional football uniforms instead of the “sexy” ones.

Rhyanna Edbrooke plays linebacker for the Perth Blitz and is WA’s only member of Australia’s Outback Women’s National team.

She said playing in a skimpy uniform in the ladies league was the only way she could get a taste for the sport.

“I prefer the uniforms we have now, most definitely, but that was the only option we had to play gridiron,” she said.
The controversial Ladies Gridiron League only lasted a year and Edbrooke believed fans were now looking for athleticism.

“Aussies want to see sport played for athletic reasons, they are not looking to see it as a sex exploitation,” she said.

I’ve always loved those Astros unis. It was a good look, incorporating an underused color scheme at the time. I think it still looks good, though the new ones with the classic theme are better.

I agree with all of that. I like those uniforms, and it’s a good look. But without the orange, they’re not the Astros. It’s a good thing when your team throws back, and the uniform isn’t one you’d want to replace the current set. I always loved throwback games when the Astros wore red and black.

One tiny gripe: The wordmark on those Astros’ throwbacks they wore is too short. Needs to be taller.

Those were my all-time favorite Astros unis. In particular, I loved the navy blue hat with the shiny gold brim.

Agree. Awesome hat- was my first fullback that I wore on a day to day basis. The dark navy and gold was a nice pairing, and the opened-ended star was a cool logo.
Uniforms? Yeah, too plain.

Those were my 4th favorite Astros unis. They also bring back memories of when baseball finally won me back after the strike. The division race between the ’97 Astros and the “Freak Show” Pirates was most enjoyable, even though my team didn’t prevail.

Worst astros uniforms of their set IMHO. If it’s strictly Astros, then the astros and the exploding star, followed by tequila sunrise. Their best, however, was the Colt .45’s set.

I’ll admit that I really like the shooting star logo from the 1994 redesign. Heck, every Astros’ uniform since the Colt 45 days has had something to recommend it. But the navy and gold days always struck me as a solemn, knee-jerk reaction to uniforms most fans found too crazy. I could have been kinder to them had the “Astros” word been better-integrated to the rest of the jersey and the star in the “o” been better thought out. The reworked road uniforms from a couple of seasons later were particularly heinous.

With regards to energized fabrics, Mizuno has longed studied how to make gloves warmer for runners using some technology called Breath Thermo.

Why would you want to “capture sweat”? Isn’t the idea to have it wick away and then evaporate?

The Orioles also wore throwbacks last night, throwing back to 1992 to celebrate OPACY’s 25th anniversary. A lot of the team was in attendance. As for the uniforms, the only differences seemed to be the script font, the hat, some minor piping and, interestingly, nameplate NOBs.

Also I think there was mention during the MASN broadcast of a home run derby featuring members of the 92 team but I may have misheard. I kind of started only paying half-attention after Gausman gave up four dingers in the first four innings.

Furthermore the umps started off in blue unis but switched to black when the home plate umpire left the game with a concussion. I’ve never noticed this happen before but umpires leaving games is also pretty rare. Anyone else notice this or am I misremembering from last night’s game?

Those are the worst astros unis ever. Stupid color scheme. Who celebrates a division championship? Oh, right….. a team that’s never won anything else……

Before the wild card cheapened the accomplishment of making the playoffs, a division title was considered a significant achievement. The wild card was still only a few years old in 1997; so the old mindset about division titles was still widely shared.

Astros have never even won a World Series game. Not a single one, in 55 years.

The Astros didn’t get Randy Johnson to make an appearance in those uniforms?

Anybody know what the Red Sox patch today is?

Well, it was actually 1994 when they first changed to the shooting-star look…

The shorts that The Entity Formerly Known As Lingerie Football are wearing are now nothing short of thongeriffic. At least the Aussies wear something that don’t ride up …

I have a nostalgia-fueled love for those Astros uniforms. I was 8 when those uniforms debuted, and remember getting their new helmet out of a gumball machine at our local grocery store. I remember thinking, “what team is this?!” and then going home to figure it out. Ah, the good old days :)