[Editor’s Note: Our anonymous DIYer is back with yet another sensational hockey-themed project. Enjoy. ”” PL]

I decided to make a series of jersey numbers that are like full-sized uniform numbers, but with an inset image of a goalie who wore that number. Here are some examples: 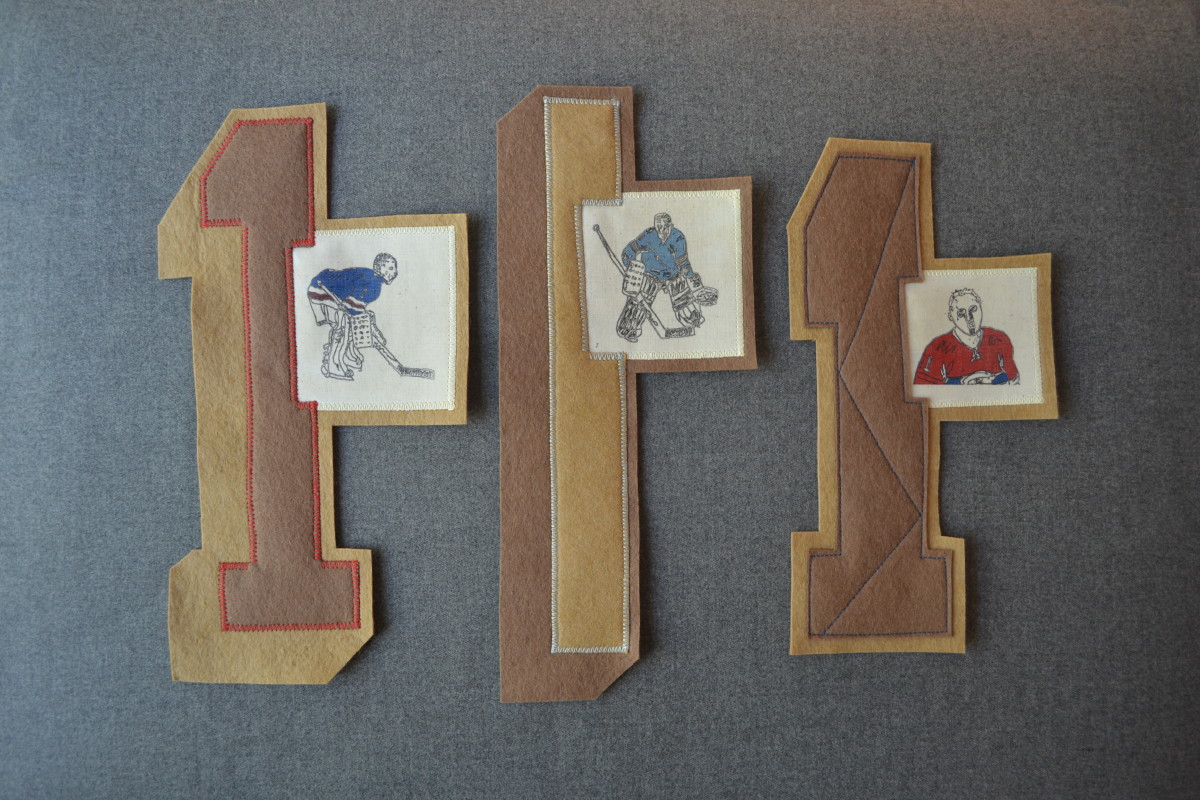 These aren’t really designed to be sewn onto anything (although they could be) — they’re more like stand-alone items. The two-tone tan felt created a sepia effect, but the stitching is done in team colors. The images are original sketches I did in pencil and then scanned and processed in Photoshop to give them a more graphic look. Sort of strange, even by my standards, but I like them and enjoyed making them. Here’s how I did it:

1. The player images on the numbers start with photos I have taken of a friend who still plays goal wearing vintage equipment including fiberglass masks (he’s crazy!). I use that image to get the basic outline, then sketch in the details of the goalie I want to depict — in this case, Hank Bassen from the ’67 Penguins. Then I scan the image and use Photoshop to add any changes. For this project, I wanted the pictures to have more of a graphic look, plus I added color to the jersey: 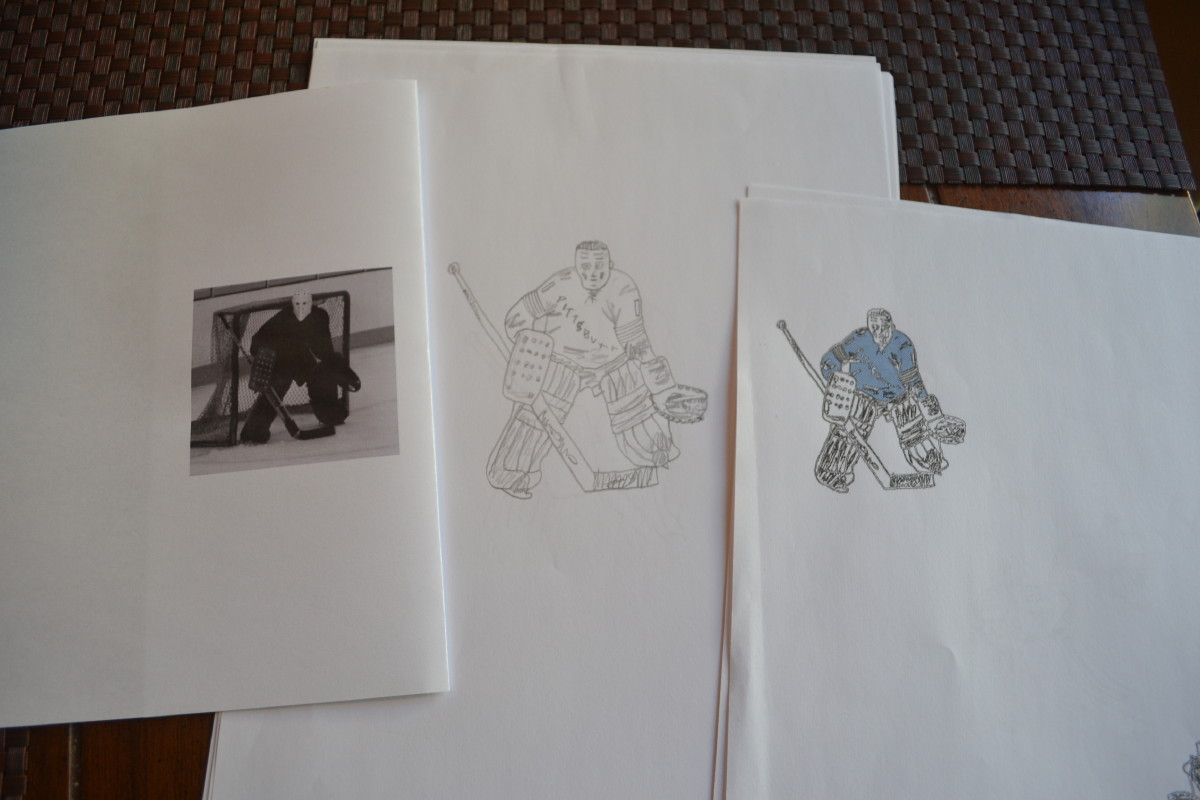 2. I print the image into iron-on T-shirt transfers. It’s a mirror image because it’s ironed face-down onto the fabric. This image is Warren Skorodenski from the Blackhawks: 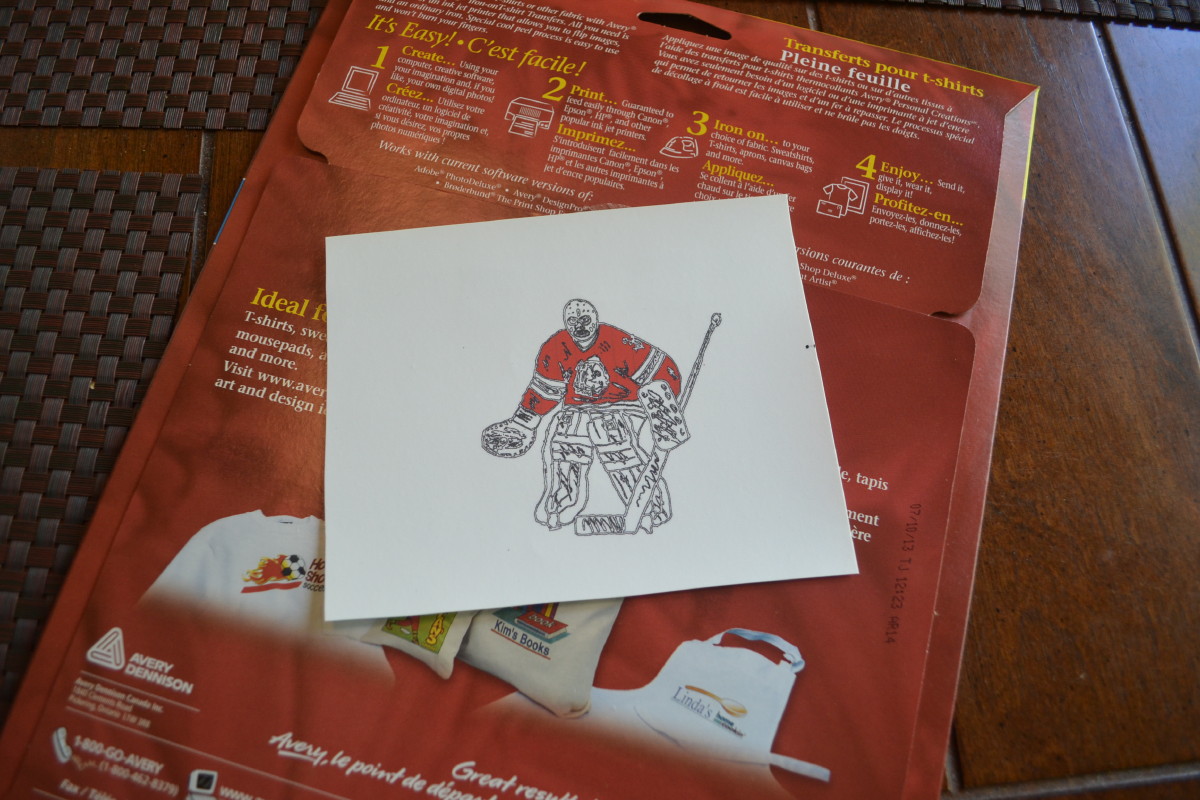 3. Here is the image after it’s been ironed onto the fabric, with the backing removed. I used an unbleached cotton material: 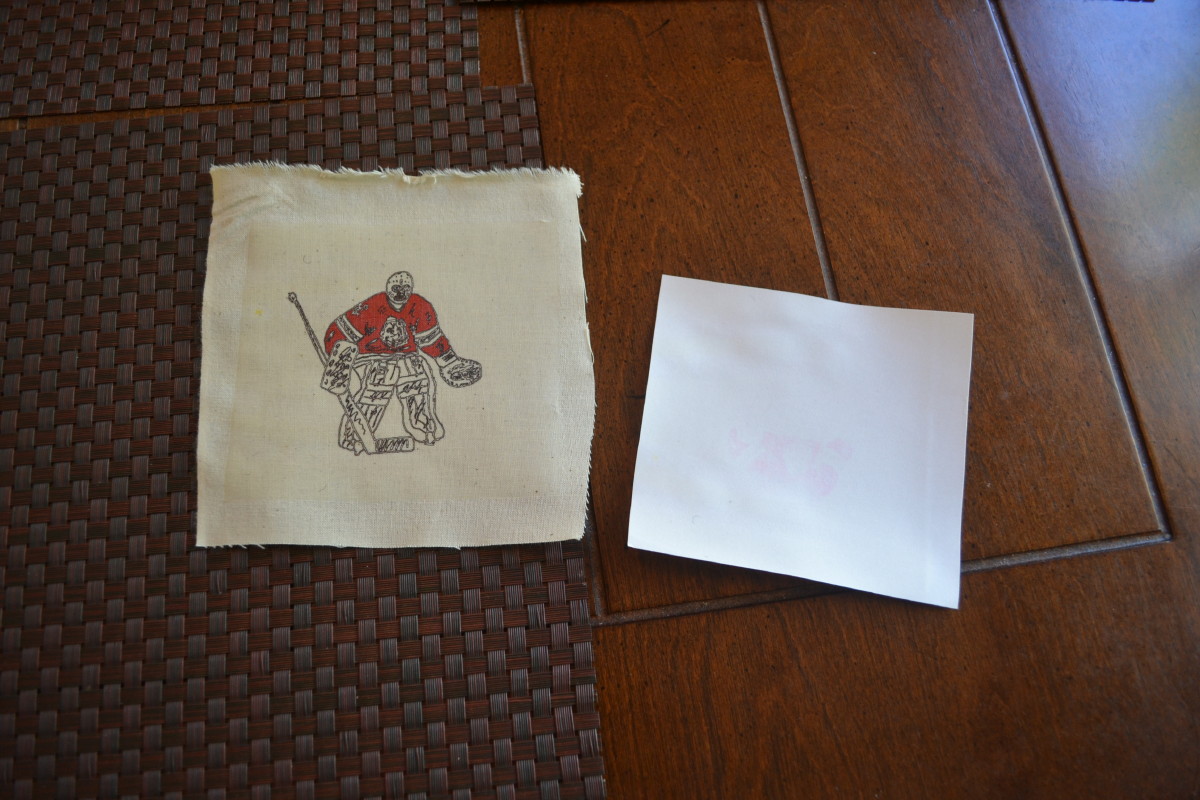 4. I sew the ironed-on image onto the felt backing using a zigzag stitch. I use a slightly darker felt for the number. It’s the same style as found on the jerseys of the era. I cut a notch into the number to allow the goalie image to be incorporated into the design: 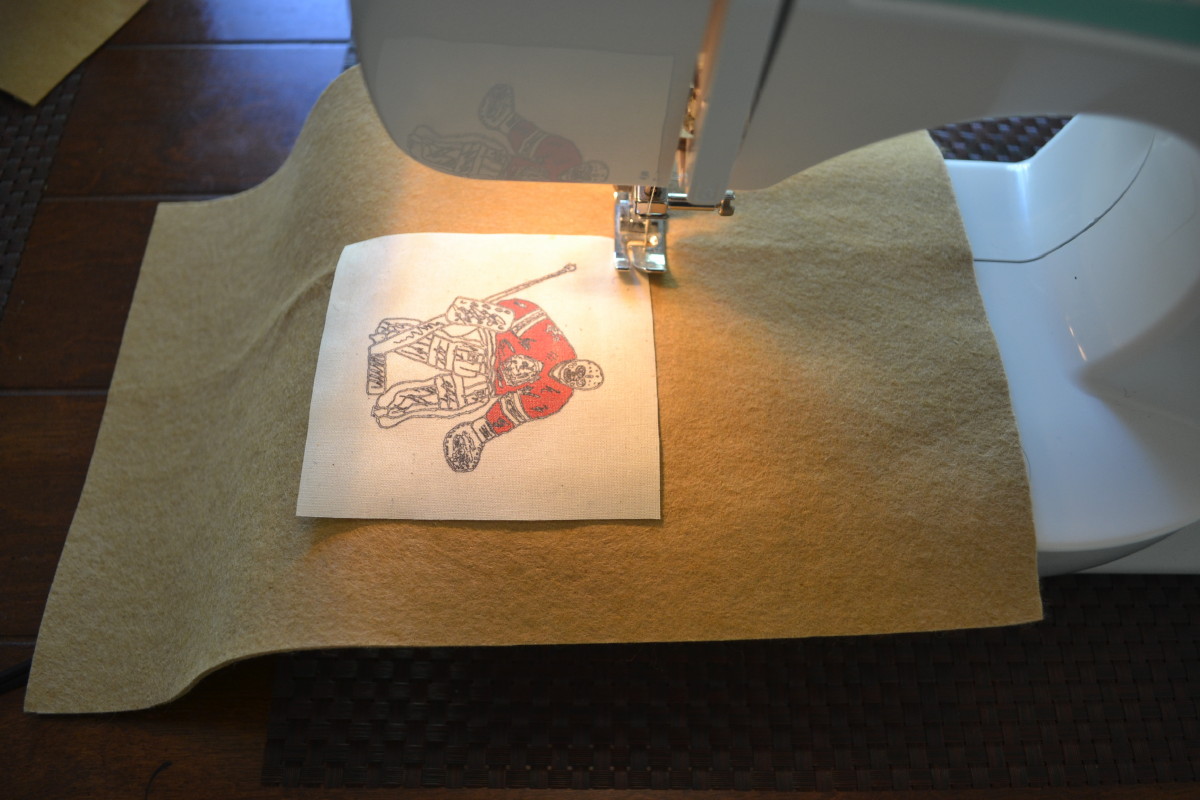 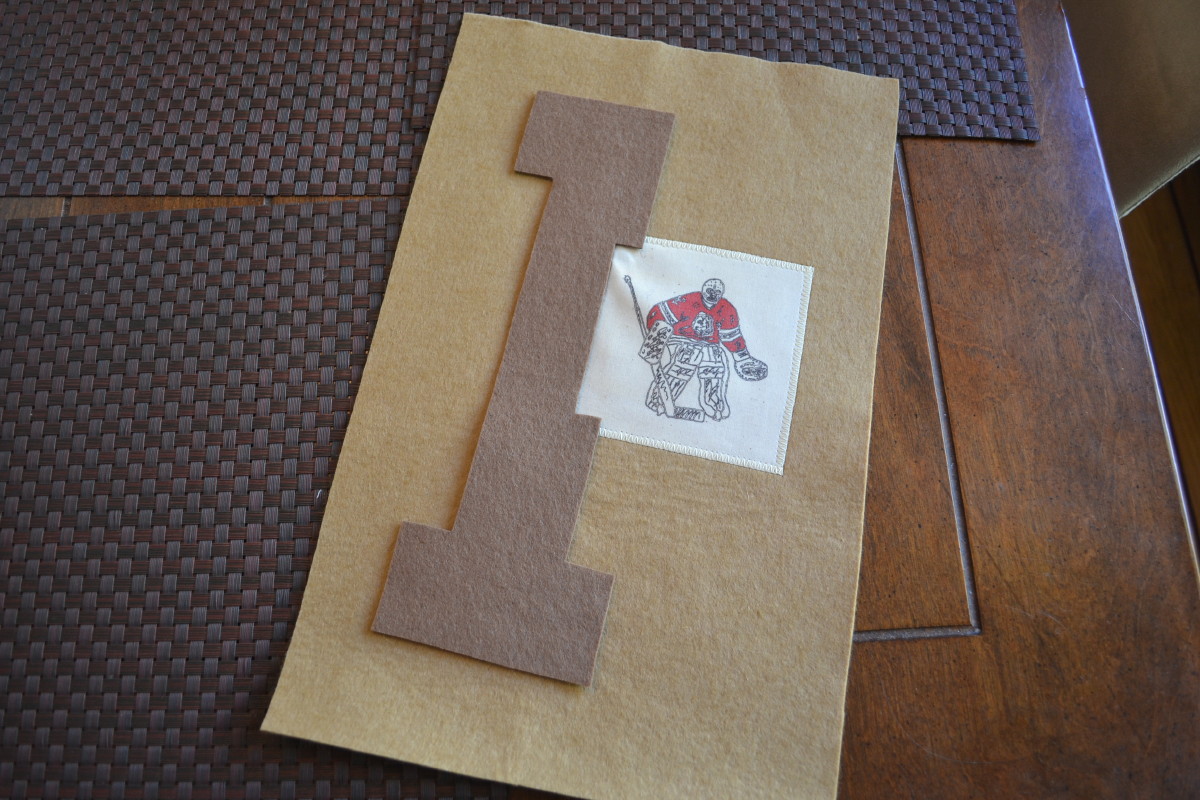 5. Using a zigzag stitch, I sew the top of the number onto the backing. In this case, I used red thread to tie into the team colors: 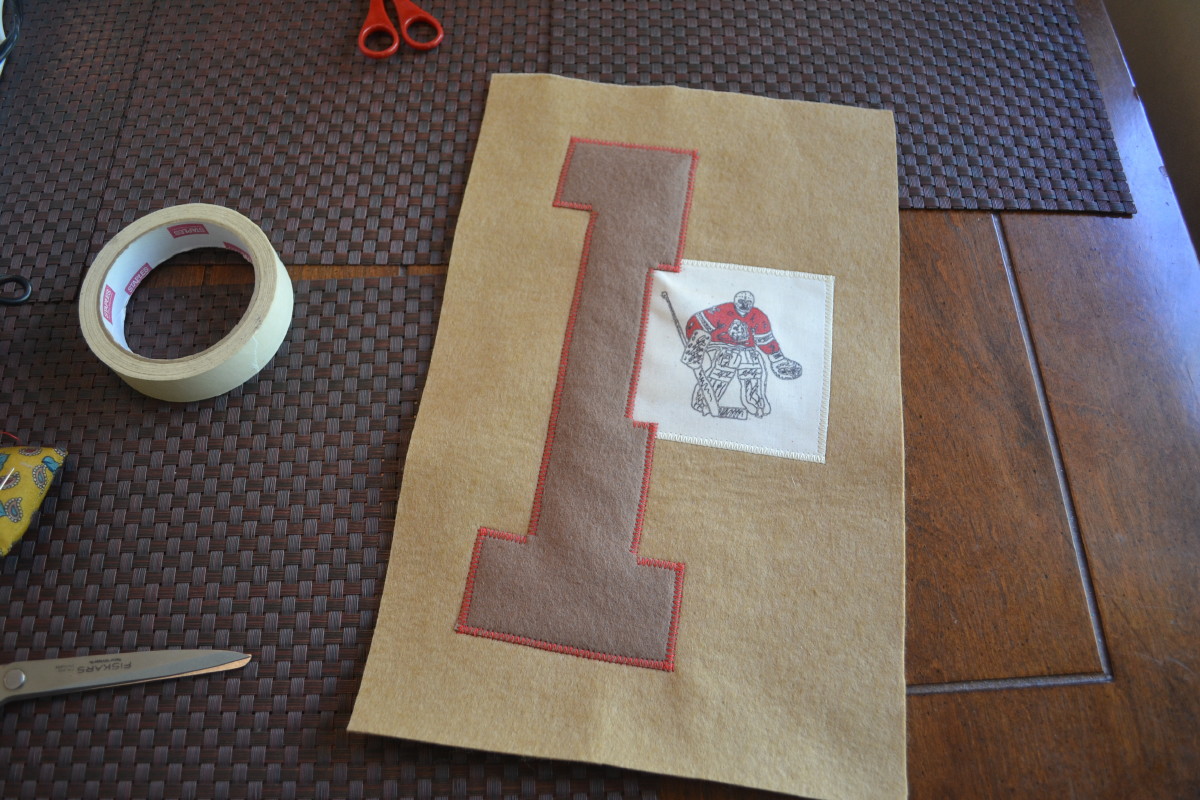 6. The last step is to cut out the final number and it’s done! Here it is, along with a few additional finished examples: 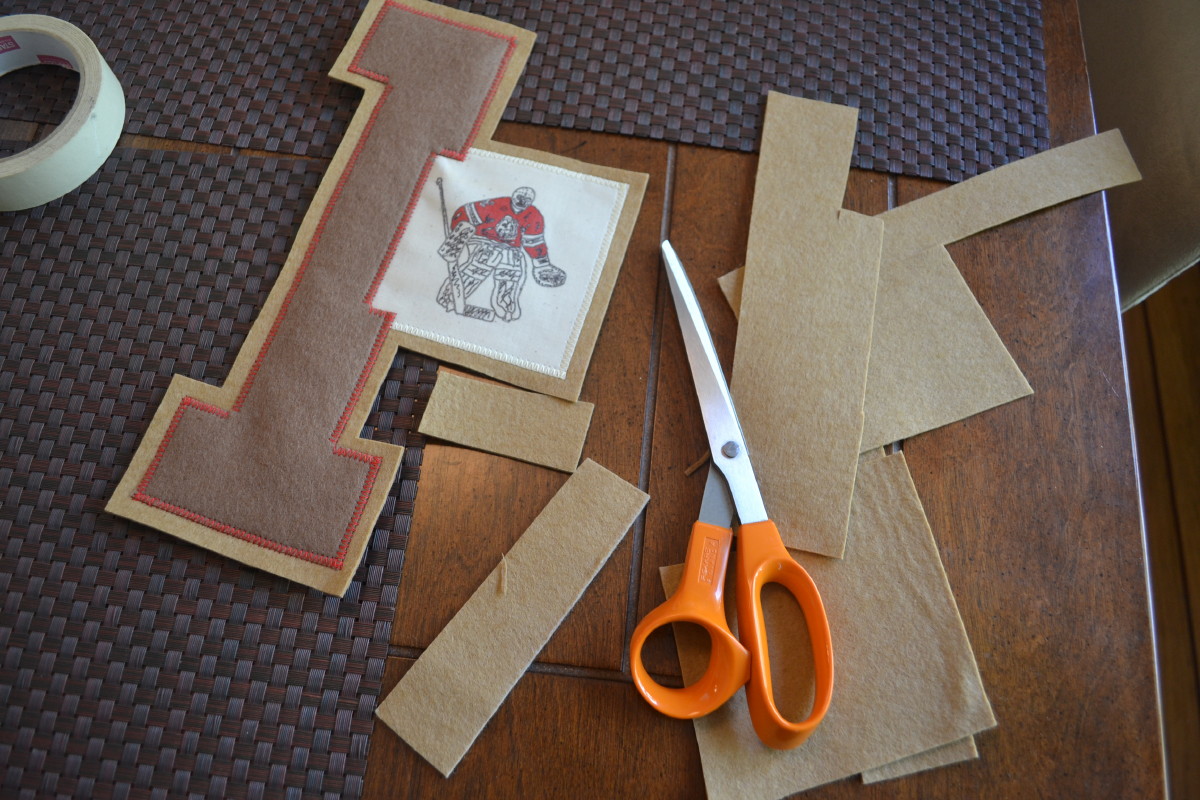 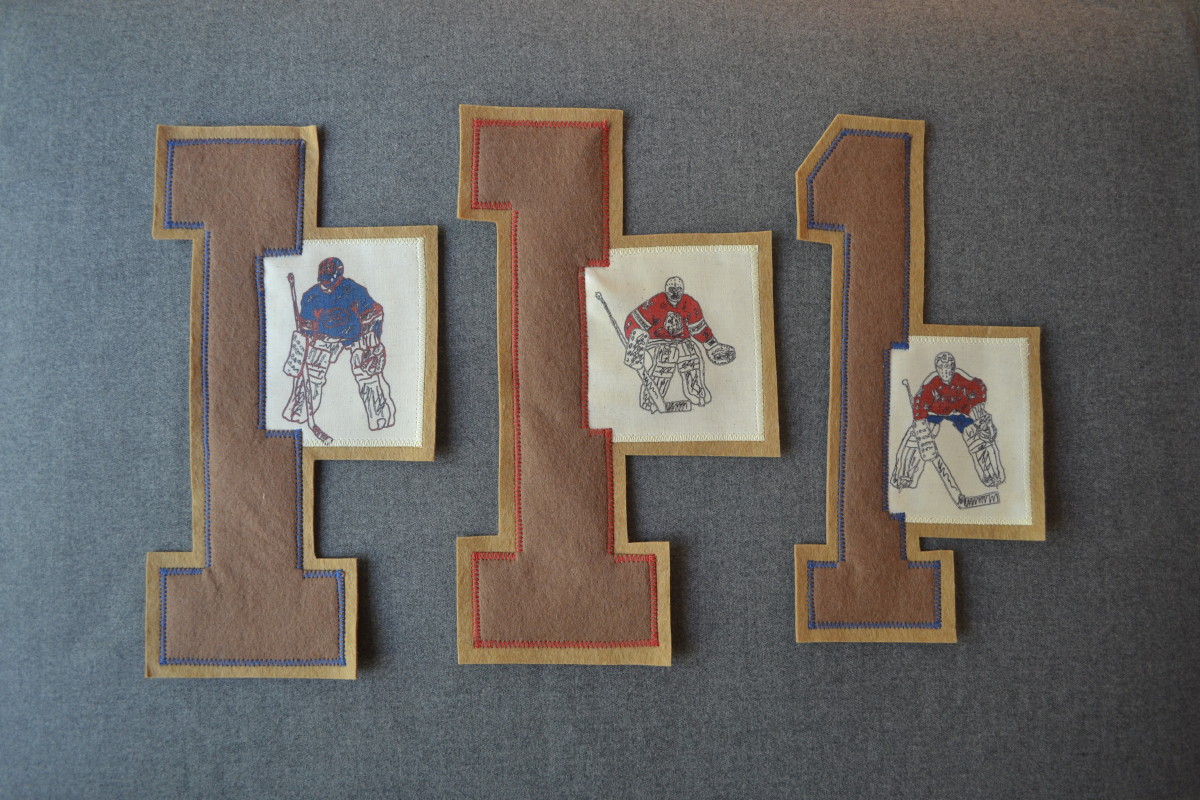 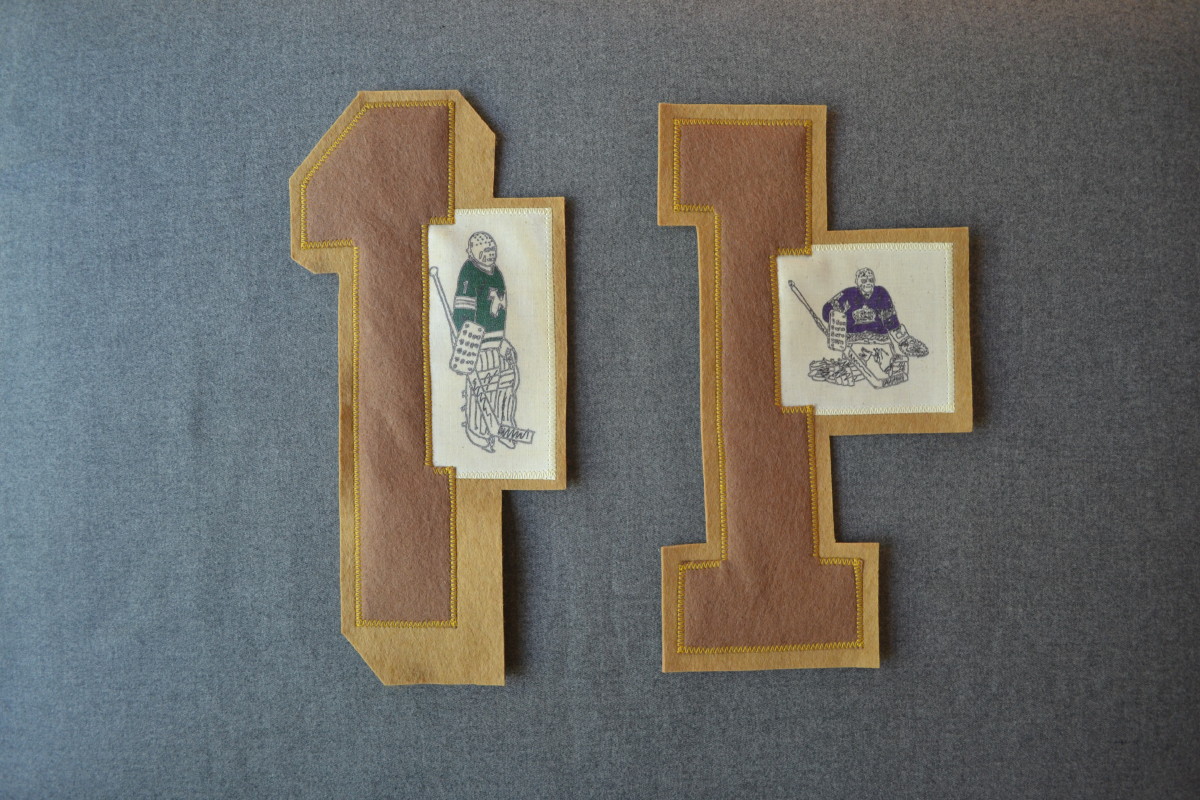 Just so you know, at least one Uni Watcher recognized Hank Bassen before getting to the text.

Ah…that was my second guess.

So, I’m watching the Raiders/Seahawks game, and Seattle has a guy named Lambert wearing number 2 and playing SS. Has the NFL changed their number rules to allow that, or would he have to change numbers if he makes the team?

I’d guess it’s just a preseason thing & he’d have to change it if he made the team,

The name bar on the back of UCLA’s new uniforms doesn’t have the tech fit pattern and it looks terrible.

“The name bar on the back of UCLA’s new uniforms doesn’t have the tech fit pattern and it look terrible.”

Fixed it for ya

Well that was given.

Northwestern running back Justin Jackson appears to be wearing long baseball-style pants, but it’s really just white socks beneath his white football pants, which end just below the knee. Kind of like the Saints and Ravens’ black-dance-tights look, except in all white.

Still a lot of games to kick off but I’m saying the Clemson game and the Nebraska game both have to be candidates for the best looking game of the day. Waaaayyyyyy too many other games having teams wearing all white on the road. Not a good look. Ever.

Norte Dame-Texas has my vote for game of the week

One can never have too many teams wearing all white.

I forgot about the Carolina game. That one was very nice looking too. I hate the all white though. Never a good look IMO.

The all white is worst when your opponent is also wearing a white helmet and white pants, as Auburn was today. Then the only color on the field was Auburn’s blue jerseys.

and their orange socks and shoes…

And the ‘ville looked like total shite today with that one-off, fucked up helmet, wretched numbers and pseudo-olde english NOB. Too bad they couldn’t have lost by more than 10.5 like they were supposed to. They’re on my shit-list this season.

Admittedly I’m not as much of a fan of the classics as most but I’ve always loved Auburn. At home at least. They looked great today. Louisville looked brutal. Not even wearing some color could save those uniforms today.

If the tight end for Michigan (Jake Butt) gets injured this season and the media doesn’t refer to Michigan as being “butt-hurt”, it will be a tremendous missed opportunity.