What Happened to the Kennedy Half-Dollar? 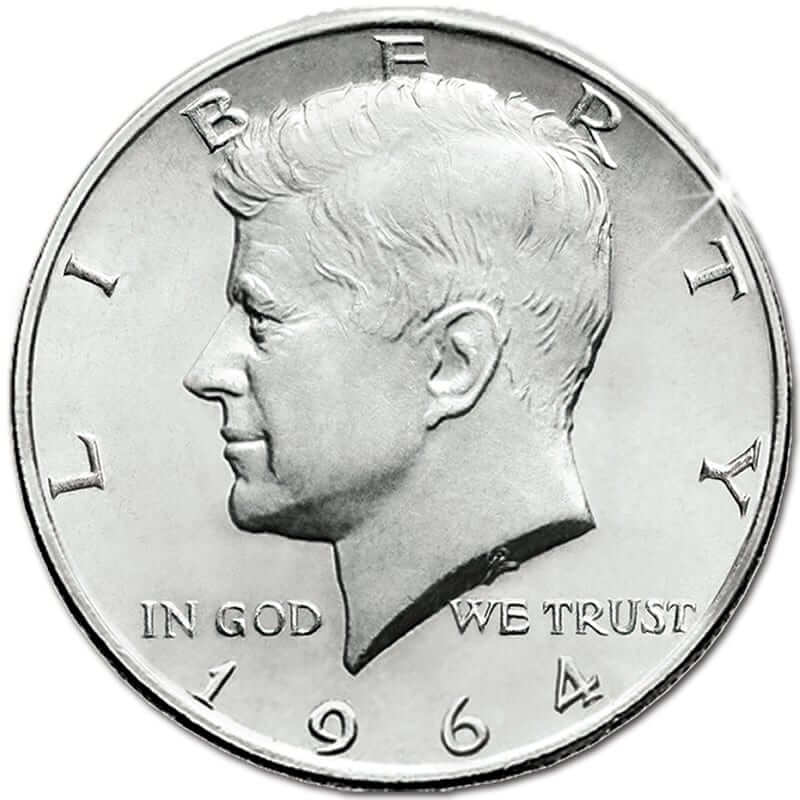 This piece originally ran in Spin magazine in the fall of 1997.

Some products are justifiably inconspicuous, but others deserve a better fate, none more so than the John F. Kennedy half-dollar, America’s forgotten coin. With its handsome obverse and spectacular reverse, the JFK is clearly our best-looking piece of coinage — check out the beautifully letterspaced “LIBERTY” surrounding Kennedy’s profile, for example. But like so many other products unfairly consigned to the fringes of the consumer landscape — the Hydrox cookie, the styptic pencil, the kazoo — the half-dollar appears permanently destined to play the role of the underdog, its subtle charms lost on an indifferent citizenry.

The JFK’s woeful status is evident in statistics from the United States Mint, which produced only 69.8 million half-dollars during the 1996 fiscal year. That sounds like a lot until you realize that the Mint cranked out 13.6 billion pennies, 1.7 billion nickels, 2.8 billion dimes, and 1.9 billion quarters during the same period. Vending machines and pay phones don’t accept half-dollars, retailers don’t keep them in the cash register, and it’s probably been months since you either spent one or got one back in change. What happened here? How did this coin, with its attractive image of a still-popular slain president, fall so far out of public favor?

“That’s a good question — I don’t use them myself,” says Lynn Parish, the Mint’s public affairs director, when this query is put to her. “Of all the things that have generated interest here lately, the half-dollar just has not been one of them.”

One frequently cited reason for this is the JFK’s considerable heft, which some find unwieldy. But as Tim Sanford, editor of the trade journal Vending Times, points out, the JFK is precisely the same size and weight as its predecessor, the Franklin half-dollar, which was minted from 1948 through 1963. “Nobody used to say the Franklins were too big,” says Sanford. “They used them! For some odd reason, something happened in the public mind when the JFK was introduced. The 1960s saw the 50-cent piece just slide right off the boat.”

James C. Benfield, Executive Director of a Washington lobbying group called the Coin Coalition, thinks he knows why. First, he explains, the year that the JFK was introduced — 1964 — was the last year when dimes, quarters, and half-dollars were made completely of silver (the current composition for all three coins is 8.33 percent nickel, 91.67 percent copper), which led to a rash of hoarding in the mid-’60s. Since Franklin half-dollars were minted during the all-silver era, they disappeared from circulation almost immediately. Meanwhile, notes Benfield, with the new half-dollar rushed into production just a few months after Kennedy’s death, grief-stricken Americans held onto the JFK instead of spending it. The large, good-looking 50-cent piece essentially became a commemorative keepsake instead of a circulating coin. “So Franklin gets hoarded because he’s silver,” says Benfield, “and Kennedy gets hoarded because he’s popular. So you had double-hoarding, and it killed the 50-cent denomination.”

Still, with most items sold in vending machines now costing 50 cents or more, you’d think the JFK would be a natural for the coin-op industry, but alas, such is not the case. Early vending machines were never tooled to accept half-dollars because most vended products at the time only cost a nickel or dime anyway. By the time inflation made the JFK viable for coin-op purchases, the country had basically stopped using it. “Vending is a very demand-driven industry,” says Sanford, the Vending Times editor. “I assure you that if people were saying, ‘Gee, it would really be convenient if I could use a 50-cent piece in this machine,’ the industry would start thinking seriously about it. But the coin has just dropped off everyone’s radar.”

Even worse, the JFK has recently endured the humiliation of seeing its popularity eclipsed by a coin that isn’t even produced anymore — the Susan B. Anthony dollar. The SBA was minted from 1979 through 1981 and was a flop, but demand for the coin is now growing as more and more transit systems and vending operations are accepting it and giving it back in change, prompting the Mint to release increasing numbers of surplus SBAs out of its vaults and into circulation. “The Susan B. is clearly outperforming the Kennedy half-dollar in the marketplace today,” says Benfield, and the numbers bear him out: From 1994 through 1996, the Mint released about 26 percent more SBAs into circulation than it minted of JFKs.

But while the half-dollar may be on the respirator, it’s in no immediate danger of expiring. For starters, American coinage can only be eliminated or altered by acts of Congress, where Jack Kennedy has brother Ted in the Senate and nephew Joe in the House to look after his interests. Moreover, even at the relatively low levels of current production, the Mint makes a nice seigniorage on the JFK, which costs less than eight cents to manufacture and is then sold to the Fed at face value (a penny, by comparison, costs 0.79 cents to make, leaving barely a smidgen of profit). Unfortunately, despite this financial incentive to increase the half-dollar’s popularity, the Mint isn’t in the business of marketing or promoting its circulating coins. “Our charter is pretty simple,” says Mint spokesman Michael White. “We make enough coins to meet demand so that business can be conducted.”

Spoken like a true bureaucrat. Obviously, the Mint isn’t going to be any help here — what’s needed is a grass-roots groundswell. People need to start buying the morning paper with JFKs, leaving them as tips, betting with them in weekend poker games. With a concerted effort, we can bring the half-dollar back into the mainstream, where it belongs.

Then we’ll get started on the $2 bill.