Some Thoughts About Military Appreciation Uniforms 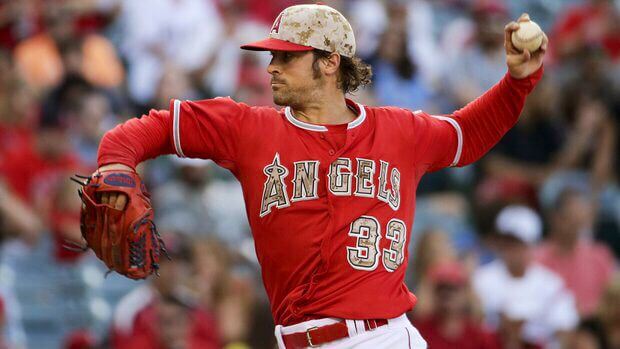 Whenever I critique the sports world’s use of military appreciation uniforms, the same questions and issues tend to come up. This page will address those issues, so we don’t have to keep having the same back-and-forth debates over and over.

Nothing — on designated military holidays, when it makes sense. But the sports world has basically turned every day into military appreciation day. Every NFL game begins with a military jet flyover; most MLB games have a “veteran of the game” segment; and on any given day, lots of college, high school, minor league, and youth league teams are wearing camouflage uniforms.

What’s wrong with that?

For starters, it sends the message that all soldiers are heroes and all heroes are soldiers, neither of which is true. There are lots of other heroes out there: teachers, social workers, Peace Corps volunteers, civil servants, addiction counselors, and a lot more. The sports world rarely if ever celebrates these people. Instead, it relentlessly celebrates the military to the near-exclusion of all other sectors of society, which presents a badly unbalanced and distorted view of life.

In addition, having a bunch of able-bodied young athletes playing dress-up soldier in camouflage sports uniforms sends a terrible message about national service. It’s band-aid patriotism, like putting a “Support Our Troops!” bumper sticker on your car. It panders to cheap emotion while doing nothing to promote thoughtful citizenship or shared sacrifice.

It’s not like each of these teams is doing this every day. It just adds up to it happening every day.

Yes, I know — that’s my point. Thanks to social media and huge expanse of sports media coverage, it amounts to a never-ending cycle that has turned every single day into military appreciation day. It’s relentless. (And also, as I already explained, just about every single NFL and MLB game includes military-tribute elements, so in some cases the teams and leagues really are doing it every single day.)

Oh, for sure. Many of these events are indeed very worthy, and I’m not suggesting otherwise. But I do think that the endless daily messaging of these events, while other worthy sectors of society don’t get any type of similar treatment from the sports world, presents a badly unbalanced and distorted view, because not all soldiers are heroes and not all heroes are soldiers.

It’s not just about the military — my local minor league team had a “Salute to Teachers Night” last year!

That’s great! Do they do it every year? Did they wear special uniforms? Do they wear those uniforms for every Friday home game? Do they single out a “teacher of the game” for every game? Have you seen lots of other teams saluting teachers to the same degree that they celebrate the military?

Members of the military sacrifice a lot!

They sure do. That’s why they get special benefits, special privileges, and holidays that honor them — all of which they deserve. I’m not denigrating the military; I’m simply saying that the sports world has taken things too far and has presented a distorted view of our society. Again: Not all soldiers are heroes, not all heroes are soldiers.

Our freedoms actually come from the Constitution, and from the many institutions that are sworn to preserve, protect, and defend that Constitution. Yes, the military is one of those institutions, but so is our judiciary, and so is the civil service. I’ve never seen any team or league saluting those institutions, have you? Like I said, the sports world’s messaging is badly unbalanced and distorted.

Military members put their lives on the line.

Some of them do, yes, and we should be grateful to them for that. But so do members of other professions. Studies show that there are several civilian occupations that are more dangerous than military service. Should we have special uniforms and appreciation promotions for them too? Again, my point here is not to denigrate the military; it is to maintain a sense of perspective, which is something the sports world has lost when it comes to this topic.

The military deserves our thanks, because they have a thankless task.

It’s not thankless at all — as I’ve already noted, military members get special benefits (which they deserve) and are honored by multiple national holidays (ditto).

You know what’s really a thankless task? Being a garbage collector. It is an absolutely essential public service (without it, you’ll have a serious public health crisis), nobody wants to do it, and the people who end up doing it are usually looked down upon. Sounds pretty heroic to me. Maybe we should have special uniforms for them, too. What do you say?

You bring up this issue a lot. It gets tiresome.

Not at all. I’ve said several positive things about the military on this page. Why not go back and re-read it?

I did re-read it. Still sounds anti-military to me.

With all due respect, I think it may be that you’re so used to seeing unwavering affirmation of anything military-related that even the slightest deviation from that — like someone suggesting that maybe the sports world should maintain a bit of perspective on this issue — strikes you as “anti-military.” Which, frankly, kind of proves my point.

I can see what you’re saying, but I like military tributes. They make me feel good. I’m glad the sports world does this.

What do you mean “political messaging”? I don’t see what’s political about it.

On the contrary, I love America very much, and have traveled in 49 of the 50 states (I’ll get to Hawaii eventually). But it’s possible that my vision of America doesn’t quite match yours. You can keep advocating for your vision, but I’ll keep advocating for mine. Thanks for listening.