Some Thoughts About Advertising and Sponsorship 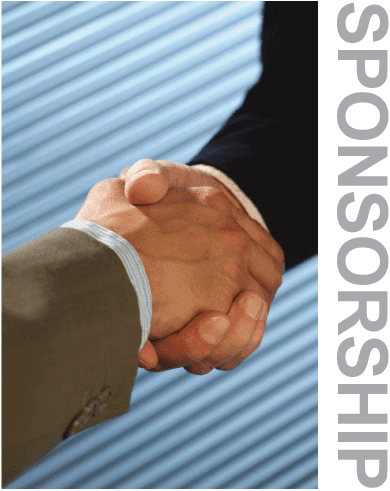 When I introduce a new Uni Watch advertiser or critique some aspect of advertising or sponsorship in the sports world, somebody usually pipes up and says, “You’re such a hypocrite! You say you’re against advertising, but you have ads plastered all over your website!!”

Instead of going through the same tedious back-and-forth each time this topic comes up, I’ve prepared this FAQ-style page, which will address the talking points that typically arise.

Okay, so first you say you’re against advertising, and then…

Stop right there. Contrary to what many of you apparently think, I am not opposed to advertising and have never (never!) said I’m opposed to advertising. Advertising is a perfectly legitimate way to promote one’s product or service, and the advertising world has produced some of the greatest graphic design in human history. If you were to come to my apartment, you’d see literally dozens of framed print ads on the walls. So please don’t start an argument or an accusation by saying I’m anti-advertising — it isn’t true.

If you’re not opposed to advertising, why are you so critical of it all the time?

I think it’s pretty obvious that advertising has assumed a larger and larger role in American life and has encroached into all sorts of new places (including many parts of the sports world). For reasons that I’ve detailed many times and therefore won’t get into here, I think this is not a good thing. So while I’m not opposed to advertising per se, I’m very opposed to advertising where it doesn’t belong.

That’s such a flimsy point of view. Who gets to decide where it does or doesn’t belong? Why should you be the one who decides?

I think we each have to decide where to draw that line. But this issue, just like any other issue, presents an opportunity to engage in dialogue and debate to try to influence other people’s opinions, persuade other people, and so on. This issue happens to be important to me, so it’s one that I bring up pretty regularly, because I want my readers to think about it.

So in your case, you’ve just happened to draw the line in a way that allows you to run ads on your website while you criticize ads everywhere else. That seems mighty convenient.

I don’t criticize advertising “everywhere else.” But it’s true that I’m very opposed to advertising on sports uniforms and tend to be opposed to the relentless encroachment of sponsorships into every facet of the sports world (“This foul ball brought to you by…”). And yes, it’s also true that I think there’s nothing wrong with ads on this website. Is that really a case of intellectual inconsistency, or even self-serving hypocrisy? Let’s explore that question with a simple comparison:

• Sports teams and leagues are able to generate revenue from the sale of tickets, TV rights, radio rights, internet rights, food and drink, jerseys and other licensed merchandise, parking, personal seat licenses, programs, yearbooks, stadium/arena signage, stadium/arena naming rights, and more. Does a team or league really need uniform ads and jillions of sponsorships, or is that just greed?

• Uni Watch, on the other hand, gives away its content for free. Aside from the minimal revenue raised by sales of T-shirts, patches, and so on (the annual profit on this merch is usually about $350) and the Uni Watch Membership Program (usually $1500-ish), the only way to generate revenue is via advertising. It’s worth noting that this basic revenue model — media being underwritten by advertising — goes back centuries. Have you ever heard me complain even once about ads on other websites, or on TV, or in newspapers and magazines? No, you haven’t, and you probably never will, because those forms of media couldn’t exist without advertising.

If, after considering that comparison, you still feel that the inclusion of advertising on Uni Watch is comparable to the types of team- and league-driven advertising that I take issue with, well, you’re entitled to your opinion, but I respectfully disagree. I suspect most other reasonable observers would also disagree.

This is America! Teams have every right to sell all those things.

Of course they do ”” I never said they didn’t. But just because you can sell something doesn’t necessarily mean you should sell it. As I’ve said many times, and hereby reaffirm, I fully support teams’ and leagues’ right to be as greedy, tasteless, and avaricious as they like. They do not, however, have the right to engage in that type of behavior without critique or push-back.

Bottom line: If you’re okay with ads on uniforms, or naming rights deals for sports facilities, or other forms of advertising that I find problematic, that’s fine — you can make your case and I’ll continue to make mine. But please don’t accuse me of hypocrisy when my stance has actually been very consistent and reasonable. Thanks.