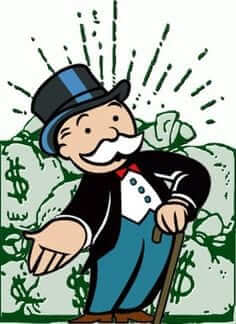 When we discuss various marketing and advertising tactics here on Uni Watch, there’s often a point in the discussion where someone will say something like this:

•  “You can’t blame them for trying to turn a profit.”

•  “What do you expect? They’re in business to make money!”

The underlying premise of these comments is that the very nature of capitalism itself is beyond critique and that any business practice is inherently self-justifying. There’s no context, no right or wrong, no point in even asking if there might be a better way to approach things. There’s nothing but mercenary interests driving everything.

Reasonable people can disagree about where those lines should be drawn, but you can’t pretend that the lines don’t even exist. Saying, “It’s just business” may explain why something has happened, but it does not necessarily justify why that thing has happened.

Moreover, shrugging your shoulders and dismissing any critique of advertising or marketing as “It’s just business” is repugnant and lazy. It lets businesses off the hook by saying there’s never any reason to subject their behavior to reasonable public scrutiny (that’s the repugnant part), and it lets the rest of us off the hook by saying we have no responsibility to apply that scrutiny as part of our role in maintaining a civil society (that’s the lazy part).

If you want to defend a certain marketing or advertising practice that I’ve critiqued, please feel free to do so on the merits. I welcome that debate. But don’t just say, “Hey, it’s just business” — that’s a cop-out, and it won’t work here on Uni Watch.