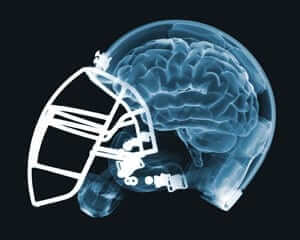 I’ve noticed that any dialogue on the topic of concussions tends to entail the same talking points again and again. Instead of repeatedly going through the same dance, here’s a FAQ-style rundown of those talking points and my responses to them:

What do football concussions have to do with Uni Watch?

This subject area includes lots of information about helmets, and helmet coverage is part of Uni Watch.

You just have an agenda to get rid of football.

You couldn’t be more wrong. I love football and have been an avid fan since 1971 (longer than many of the people reading this have been alive). I also played football for five years as a kid. I want very much for football to be able to continue as a big part of American life, and as part of my life.

But as a journalist, I have to follow a story wherever it leads, and right now this one is leading toward some scary data about brain disease. And as a citizen, I have to be concerned about any activity that may constitute a public health hazard, which is what football is starting to look like. We need more data on that, and I hope it turns out that football is not a public health hazard. But if it is, then the responsible course of action will be to put significant restrictions on the game.

Well, maybe you don’t have an agenda to eliminate football, but media outlets like ESPN sure do.

Um, do you have any idea how much money ESPN makes from football? It probably isn’t an exaggeration to say that football is the cornerstone of ESPN’s business plan. If anything, ESPN has an incentive to downplay the concussion storyline. The fact that they’re giving it fairly high-profile coverage is a measure of how big a story this is.

Isn’t the term “public health hazard” a bit much?

Over four million American children play football. If something is putting that many children (and many thousands of adults) at risk of chronic brain disease — which is what playing football may be doing to them — then it is, by definition, a public health hazard.

There are several problems with this seemingly simple statement:

• Those four million American children who play football don’t have the maturity to assess risks to their bodies and brains. Thousands more young adults play college football, and most of them probably lack that maturity as well, because young adults tend to think they’re invincible.

• “Knowing the risks,” even for a mature adult (or for a parent assessing the risks to his or her child), means having access to full and accurate information so you can make an informed decision. Until recently, we didn’t know the extent to which football could lead to chronic brain disease, so nobody knew about that risk. And we now know that much of the research data that’s been available over the past generation has been actively suppressed, fudged, and willfully misinterpreted by the NFL, all of which has created an environment of misinformation. It’s impossible for anyone to “know the risks” under those conditions.

• There are lots of risky activities that people might be willing to engage in but that we, as a society, have decided are not moral or civilized. For example, many people would be willing to sell their organs (which is risky but potentially profitable), but we’ve decided to make that illegal. I’m also fairly certain there would be a decent-sized audience and a small but sustainable supply of participants for televised Russian roulette, but we don’t allow that either. I’m not trying to suggest a moral equivalence between Russian roulette and football; I’m simply making the point that the willingness to engage in risky behavior doesn’t make that behavior acceptable.

You can’t eliminate risk from everyday life. People crack their skulls while biking, or driving, or slipping in the shower. Should we eliminate those activities too?

It’s true, you can’t eliminate risk from everyday life. You can, however, minimize risk, in part by restricting the riskiest activities.

The NFL is obviously just covering its butt with these new helmet rules because of the recent concussion lawsuits. If they really cared about player safety, they’d [insert better rule or policy here].

I think we all realize by now that the NFL does what it thinks is best for the NFL owners. At one point, that meant suppressing the results of concussion research and blackballing the researchers. More recently, it has meant coming out with a new rule restricting alternate helmets.

But I think many people have become so jaded and cynical about the NFL’s motives that they simply have a knee-jerk negative reaction to any rule the league imposes, regardless of the rule’s potential merit. Personally, I don’t really care who came up with an idea or what the underlying motives were — I only care about whether a given idea is a good one or a bad one. Even if the NFL is just covering its butt, that doesn’t mean the new helmet rule is wrong or bad. (Similarly, a rule enacted with sincere, well-meaning motives isn’t necessarily good.) As I often say regarding other issues, let’s focus on the message, not the messenger.

How come football is getting all this attention? What about hockey, or soccer, or rugby? They have head impacts and concussion issues too!

Actually, concussion research is very much in the news for hockey, soccer, and rugby. But none of those sports is as popular or high-profile as football, which probably explains why you haven’t noticed those news items. Also, the players in two of those sports — soccer and rugby — don’t wear helmets or any other headgear, so those discussions don’t fall under Uni Watch’s purview. If there’s talk of those sports adopting headgear in response to concussions, I’ll definitely cover it.

What about boxing? Talk about head impacts!

I’m a bit surprised that there hasn’t been more of a national discussion about boxing as a public health hazard by now. However:

• Boxing is doing a nice job of marginalizing itself without anyone’s help. How many of the current major weight division champions can you name besides the Klitschko brothers and Floyd Mayweather? When was the last time you watched a big fight? When was the last time you were excited about watching a big fight? Boxing is clearly in decline as a spectator sport, and I’d be willing to bet that it’s in decline at the participant level as well.

• Who participates in boxing? Primarily the poor, the uneducated, and the substance-abusive. (In other words, it’s the same demographic that engages in prostitution and pornography, which is no surprise, because boxers and sex workers are all engaged in the business of selling their bodies — the flesh trade.) We, as a society, don’t tend to give a shit about what happens to the poor, the uneducated, or the substance-abusive, which is probably goes a long way toward explaining why there hasn’t been much talk about boxing as a public health hazard. If football players were primarily poor, uneducated, and substance-abusive, I’m sure the sport would be receiving much less scrutiny at the moment.

• The fact that there’s a double standard at work (football’s receiving scrutiny, boxing isn’t) doesn’t mean the risks of playing football suddenly disappear. It may mean that we should be taking a closer look at boxing. Meanwhile, the scrutiny of football as a potential public health hazard is still relevant and ongoing.

I’ll be honest: I don’t care about football players’ safety. I just want to enjoy the games.

Nobody’s saying you have to care about any of this — you’re perfectly free to ignore it. But that won’t make the storyline go away.